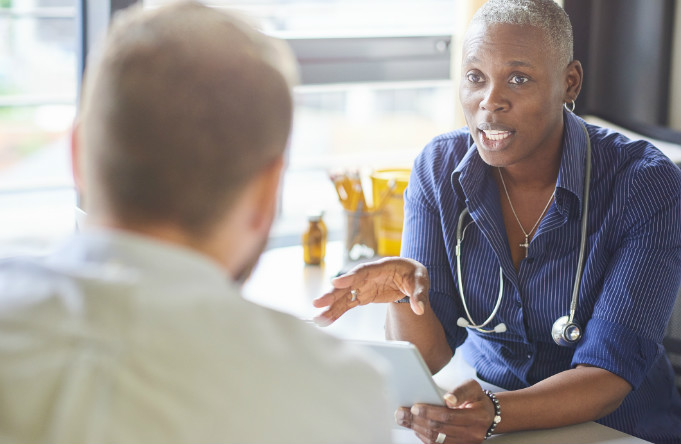 New physicians finishing up their residencies or fellowships have a variety of different practice settings from which to choose — as do all practicing physicians, for that matter. But which is the right one for you? That depends on a variety of different factors, including (but not limited to) a variety of factors like specialty, geographic preferences, desire/need for autonomy, and general business acumen.

Deciding on a new practice setting is difficult, and it can be hard for new physicians to make the right choice. As a new physician, you may not be able to properly assess your need for autonomy, your ability to work with other physicians, your personal schedule, and a variety of other factors until after you've logged a few years of experience in a medical practice.

The secret to choosing the right practice setting, then, is to approach the decision with an open but critical mind, and with the idea of gathering as much data as possible to make the best possible — and most informed — decision. Once you've done this, there comes a point when you simply have to roll the dice.

With that in mind, let's take a look at the most common practice settings and what you can expect from each.

New physicians often seek group practice because it offers a common impression of "strength in numbers." Groups are seen as providing the stability, call coverage, collegial atmosphere, and clinical backup that's beneficial for those just coming out of residencies. Groups also generally provide not only a salary but also some sort of bonus based on production. They also frequently have an established patient base and referral patterns, enabling new physicians to work without having to build a practice from scratch.

Group practice settings can also provide the key administrative support needed to code, bill, and collect on claims submitted to third-party payers. As reimbursement has generally decreased and payers such as Medicare and managed care are challenging and denying more claims, this has become an increasingly important function in medical practice.

The downside? Like new attorneys entering a law firm, some new physicians may find the "junior" status not to their liking. In some groups, work and income aren't equally shared — a key sticking point for many group practice physicians. Too, income distribution formulas can change as physicians seek equitable ways to "divide the pie." Regardless of how the pie is sliced, some physicians often end up with a bigger piece than others (and it should be of little surprise that these are usually the established partners.

There are other factors at play too, such as which physicians treat the insured patients, and which ones treat the uninsured (or under-insured) patients. Who works the most hours? Who has access to the financial records? Who works with the most competent nurses (and other staff members)? Who decides how the group will be governed? There's also the question of the path to partnership — how clear is the path, and is true partnership really attainable?

What new physicians sometimes encounter (or sometimes perceive) in group practice is that they're perpetually getting the least of everything. Again, this is certainly not true of all group practices; nonetheless, new physicians must be cautious when approaching groups to ensure that income distribution, work distribution, and similar factors are divided equitably. The reality is that these are ongoing challenges in most group practices, and that controversies over "dividing the pie" are simply part of the territory.

This is the classic style of medical practice setting, in which a new physician "hangs up a shingle," building and running a practice him/herself. If you choose this practice setting, you're responsible for bringing in patients and for administrating what is usually (though not always) a small staff of personnel for billing, collections, scheduling, and related tasks. You may also choose to employ a physician assistant, nurse, nurse practitioner, or other allied health professional.

Physicians in private practice settings are therefore employers, facing the issues that arise from that status — particularly, compliance with employment laws regarding discrimination, pay, benefits, taxes, and so on. On the upside — and the primary reason why physicians still find solo practice rewarding — you'll be the one calling the shots. Solo physicians decide how they wish to practice: the types of patients they see, the hours they work, who they employ, the payers with whom they contract, and, most importantly, how they treat patients. And of course, there's no question about income — whatever you earn after overhead, you keep, putting private practice physicians in control of their own economic destinies.

The private practice setting, therefore, offers the most autonomous style of medicine available today. One major downside, though, is that even the most autonomous style of practice isn't truly autonomous in today's healthcare world. If you contract with managed care companies, or if you see Medicare patients, you'll have less power to set your own fees. Similarly, if you contract with payers who impose treatment protocols, you may not be able to autonomously make clinical decisions. And as a solo physician, you can expect to dedicate a great deal of personal time to your practice, and will often be obliged to be on call during your normal "off time." You may also find yourself spending a lot of time doing paperwork. Put another way, private practice physicians are often "married to medicine," and more so than physicians working in group or hospital settings. Whether this is a good thing or a bad thing depends on your goals, preferences, and perspective.

With this in mind, a private practice setting tends to be a better option for entrepreneurial physicians who are not daunted by, and are even enthusiastic about, the prospects of running a business. Finally, private practice settings are generally more prevalent in rural areas where there may not be enough physicians in particular specialties to form a group practice.

Another small and fairly autonomous style of practice setting is a partnership. Some new physicians go directly from their residencies to join an established physician as a partner. It's not uncommon for physicians to join relatives (fathers, mothers, uncles, etc.) in a partnership of this type.

In a partnership setting, physicians share assets and overhead costs, and agree on a distribution of practice income. Each physician keeps what he or she earns after paying a share of the overhead, and each has an equal voice in how the partnership is run.

When relationships are harmonious, partnerships can be a very favorable practice setting, providing the support of a partner along with a great deal of autonomy. The key to a successful partnership, obviously, is finding the right partner. In all types of businesses — not just medicine — you may hear horror stories about partnerships that went wrong. The analogy, overused but true more often than not, is that partnerships are like marriages. The closeness of the association can be grating to some; for instance, minor disputes can get magnified, and what started out positively can go bad. Think of it this way: You probably wouldn't marry a stranger, and the same principle holds true for a business partnership.

An association is another small and relatively autonomous practice setting. In an association, two physicians share office space and assets, but they do not share books. Each physician keeps whatever he's earned after overhead; each also acts as a solo physician in terms of hours worked, hiring, and how the practice is run.

Several years ago, it was widely believed that the HMO staff model might become more pervasive. This type of practice setting, however, has remained somewhat regionalized on the East and West Coasts and is even diminishing in terms of the number of available opportunities.

Physicians in HMO practice settings are paid as employees and may also receive bonuses based on production, utilization of resources, and patient satisfaction scores. Care is provided only to those who are enrolled in the HMO. Kaiser Permanente is an example of an HMO staff model that provides physicians with a "patient panel" made up of enrollees. There are also usually practice protocols that are developed by the HMO which must be followed.

HMOs can offer physicians a more predictable lifestyle with set hours; the administrative side of medicine is usually less onerous as well, with billing and regulatory issues typically handled by the HMO itself.

Proximity to the hospital is a primary advantage of this type of practice setting, along with a steady salary, an established patient base, access to many other types of physicians and specialists, and management support for billing, collections, contracting, and similar functions. Autonomy, however, can be somewhat limited in hospital-based settings, and physicians may be called upon to help govern the hospital through tasks such as committee work.

Specialty hospitals are another type of hospital-based practice setting. Many of these hospitals are devoted to a single type of specialty care, such as orthopedic surgery or cardiology, and are owned or partly owned by the physicians working there.

Last — but certainly not least! — is the option of working locum tenens assignments in lieu of choosing a permanent practice setting.

Locum tenens — the Latin phrase for "placeholder" — is a long-established career option in which physicians and practitioners work fill-in assignments that range from a few days to a few months. It's often embraced by physicians seeking either temporary career options or the opportunity to build experience in a variety of different practice settings before committing to a full-time position. (Read more about the benefits of locum tenens career options here.)

Staff Care specializes in providing exclusive locum tenens assignments in facilities and locations throughout the United States. We invite you to search for your next locum tenens opportunity here or reach out to a Staff Care recruiter here.

Adapted from an article originally published on NewPhysician.com.