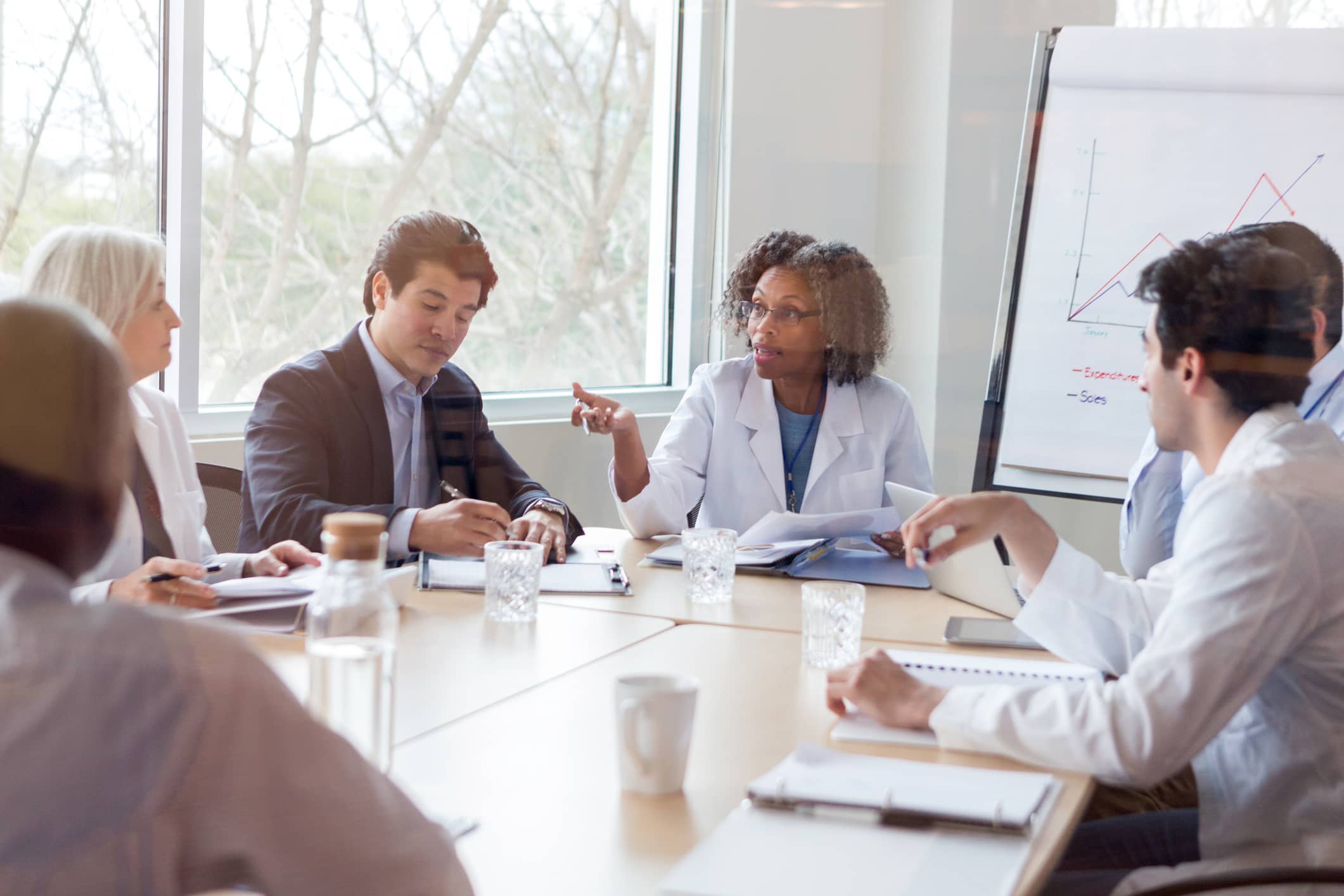 In just over two decades since it emerged, hospital medicine has transformed the care of inpatients. Gone are the days that most primary care physicians round on their patients in the hospital. Now, more than 57,000 hospitalists practice in the United States.

The term hospitalist was coined in a 1996 New England Journal of Medicine article. Since then, studies have shown facility-based hospitalists improve efficiency in treating hospital inpatients, reducing the length of stay and readmissions, and increasing patient satisfaction. The field has also opened up new career options for physicians.

So what are some of the latest trends, and what can hospitals and hospitalists expect in the foreseeable future? Here are some key highlights.

1. Growth in the Field

“The demand for doctors to do that work has exceeded supply, for the whole history of the field,” said John Nelson, MD, MHM, FACP, with Nelson Flores Hospital Medicine Consultants in La Quinta, California, and an early hospitalist. “The [hospitalist] specialty has grown fast.”

Linda Russell, MD, director of perioperative medicine at the Hospital for Special Surgery in New York City, who manages the hospital’s hospitalists, predicts continued growth in the field, noting that “hospitalists are not going away.”

Most hospitals have hospitalists, and the majority of locales struggle to fully staff their programs, Nelson said. In fact, 9 out of 10 hospitals with more than 200 beds reported that they have hospitalists in a 2018 report on recruiting incentives by Merritt Hawkins. The firm also reported a 25 percent increase in the number of client searches to fill hospitalist jobs over the past year, although the number of searchers is still down from its peak of three years ago.

The authors of the report suggest that the overall change in permanent searches for hospitalists may be due to increased outsourcing in the temporary (locum tenens) physician staffing arena.

The Medscape Hospitalist Compensation Report 2018 reported a range of hospitalist salaries, from $237,000 annually for pediatrics to $351,000 for anesthesiology. The Medscape report indicated hospitalists in most fields earn more than their non-hospitalist colleagues. The exception was in obstetrics/gynecology; however, their survey found that OB/GYN hospitalists received the largest increase in salaries at 16 percent last year, followed by anesthesiology hospitalists.

Yes, hospitalists can work somewhere other than acute care hospitals. In fact, the Society for Hospital Medicine’s 2018 report on the state of the field noted a 25 percent growth in hospitalist jobs in post-acute settings, up from 13 percent in 2016.

These physicians are often referred to as “transitionalists,” and are most likely to work in one of three post-acute care settings: an inpatient rehabilitation facility (IRF), a long-term acute-care hospital (LTACH), or a skilled nursing facility (SNF).

The Society for Hospital Medicine reports that two-thirds of hospital medical groups had open positions the previous year, with 12 percent of their hospitalist jobs vacant.

They are the sixth most-requested specialty in permanent physician searches, according to Merritt Hawkins. The recruiters at Staff Care also report that assignments for locum tenens hospitalists are plentiful.

Family-centered care is becoming the norm in hospital medicine and across the care continuum, creating a difference in focus for clinicians. Family members can participate in rounds.

“Today, [families] are considered to be a primary and essential component of a collaborative approach to patient care,” said John Loyd, MD, MPH, chief, Division of Neonatology at Dell Children's Hospital/Seton Hospitals, assistant professor, pediatrics at Dell Medical School in Austin, Texas, and a board member of Hand to Hold, a nonprofit that supports parents of children in the NICU. “There is a recognition that families are essential partners in health care.”

Although hospitalists avoid many of the pre-approval authorizations and other frustrations associated with managed care, hospitalists still must deal with regulations from Medicare, other insurance carriers, and the facility where they work. Some deal with additional rules from outside companies that manage the hospitalist group and/or provide the billing and coding. Things like whether a patient is admitted or staying at the hospital under observation status often put hospital medicine specialists in a difficult position with patients and families.

The Medscape report found the most challenging part of a hospitalist’s job, cited by 25 percent of respondents, was “having so many rules and regulations.”

Nearly half (45 percent) of hospital medicine physicians are internists, according to the Medscape report, but several specialty physicians, such as pediatric hospitalists, exist. In fact, Nelson reported nearly all specialties to have hospitalists.

At the Hospital for Special Surgery, the hospitalists provide medical care to post-operative patients, explained Russell. They care for emergency admissions and respond to rapid response requests and codes.

One of the benefits of hospital medicine is the ease with which physicians can change positions.

“They are more likely to jump around than doctors in other fields,” Nelson said.

In a traditional practice, physicians spend years building a referral base and patient load, he explained. But hospitalists have a built-in patient load, and when they want to move on, they can easily do so. Hospitalist jobs are plentiful, and they will find work in another facility.

Some hospitalists who practice during the day must rotate to cover nights. This has given rise to nocturnists, who choose to work the late-night shifts exclusively. Nelson, who coined the term “nocturnist,” recommends giving these practitioners more days off than regular hospitalists.

Depending on a hospital’s size and patient population, a nocturnist’s shift can range from quiet to chaotic, as practitioners generally operate with fewer colleagues and support staff.

Seven days on duty and seven days off, with 12-hour days, remains the most common schedule for hospitalists and often is what attracts physicians to the field. However, Nelson reports other scheduling approaches can be better for the physician in the long run, since 12 hours on for seven days in a row can lead to burnout.

Hospital medicine can provide the work-life balance so many new physicians desire, especially when they are given the chance to choose their schedules and days off.

STAFF CARE matches physicians and advanced practitioners with part-time and full-time locum tenens assignments across the country, including hospitalist positions in your choice of specialties. Contact us today to start your locum tenens journey!