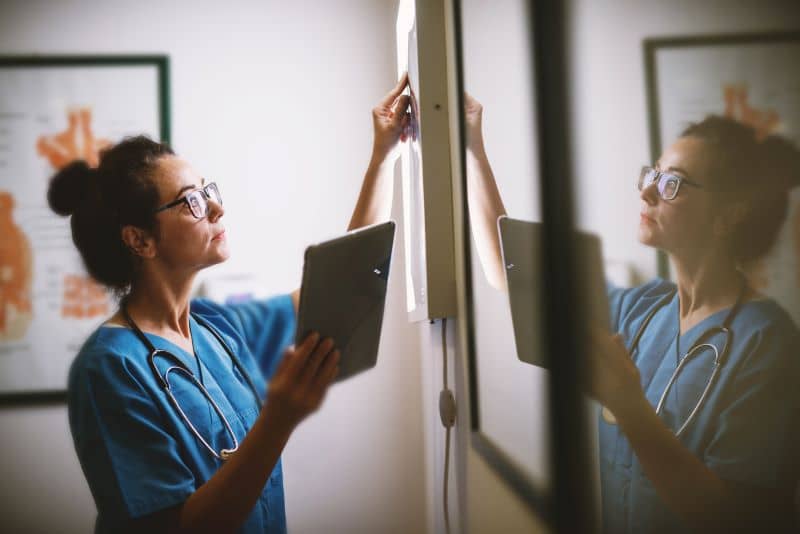 Employment trends for radiologists are looking up, with more opportunities for both new graduates and experienced professionals.

The ACR survey indicated a relatively stable hiring environment currently exists, with positive employment trends for radiologists. In fact, the survey reported a 30 percent increase in radiologist job openings in just one year, from 1,393 in 2017 to 1,808 in 2018.

The question of pending retirements creates some unknowns for the next few years, according to Bender, as seven percent of radiologists are older than 65 years and 19 percent are 56 to 65 years.

The 2019 Review of Physician and Advanced Practitioner Recruiting Incentives by Merritt Hawkins found that radiology was the fifth most-requested physician search in 2018/2019. In 2012, radiology was not even in the top 20 searches.

“The job market overall has gotten much better for new graduates,” said Cory Pfeifer, MD, an assistant professor of radiology at the University of Texas Southwestern Medical Center in Dallas. “It has always been hard to find a desirable job in New York City, for example, but a lot of markets have opened up recently to let new graduates in.”

“There are economic benefits in numbers,” Bender said. “You can share resources and reduce duplication of resources.”

While still not the majority of the hiring, corporation radiologist jobs were expected to increase to 12 percent in 2018, up from 3 percent in 2017, according to the 2018 ACR survey.

“If you look at those ACR workforce surveys over the years, there are fewer and fewer practices because of the consolidation,” Pfeifer said.

As an example, Radiology Partners of El Segundo, California, is growing. In July 2019, it announced entering the Atlanta market and reported it serves more than 1,000 hospitals and other health care facilities in 21 states. The company, funded with a $60 million capital investment from a global venture capital firm, employs about 1,350 radiologists.

As radiologists decide to retire, Pfeifer explained, normally you “would sell stock in your practice to new doctors who would pay you over time and become partners with ownership privileges, but venture capitalists seized on the opportunity to employ cheaply from about 2011 to 2017, and that is kind of where we are today.”

The 2018 ACR survey found 18 percent of practices reporting radiologists had switched from full-time to part-time employment in 2017. The paper indicates more women radiologists are working part-time.

Locum tenens radiologists are also able to choose from assignments that offer part-time or full-time schedules.

4. Where the jobs are

Pfeifer reported that people wanting to live near San Francisco, New York or Boston often are willing to take less pay to live in those cities and work for what some people consider prestigious teaching institutions. Additionally, Boston and New York continue to train radiologists, creating an oversupply.

Pay rates for locum tenens radiology jobs vary depending on location, subspecialty, and facility, with some contracts paying up to $240 per hour, according to Staff Care’s database of locum assignments.

“At the end of the day, 90 percent of radiology residents still go on to fellowship to enhance the marketability of their skills, and this fellowship training rarely garners more salary,” Pfeifer said.

Technology continues to influence radiologist jobs. Advances in the field, including artificial intelligence, can make imaging more effective. Among the employment trends for radiologists, the Merritt Hawkins report found that facilities are looking to hire both on-site practitioners and teleradiologists.

“Computers make our jobs easier and easier every year which means that we can do more with fewer radiologists, and this will likely continue,” Pfeifer said. “Also, those consolidated groups can work more efficiently because the Internet brings their studies to them in large batches simultaneously from many distant locations.”

Bender added that computers and artificial intelligence will not replace radiologists. The combination of electronic tools and skilled radiologists will make care safer and better.

Many reports now are completed within a couple of hours of the imaging, a trend Bender attributes to the patient-centered care philosophy.

“Our technology is fast and the availability of radiologists should be so fast, we should be able to generate that report quickly,” Bender said.

STAFF CARE specializes in helping radiologists and other physicians and advanced practitioners find their ideal part-time or full-time locum tenens assignments across the country.