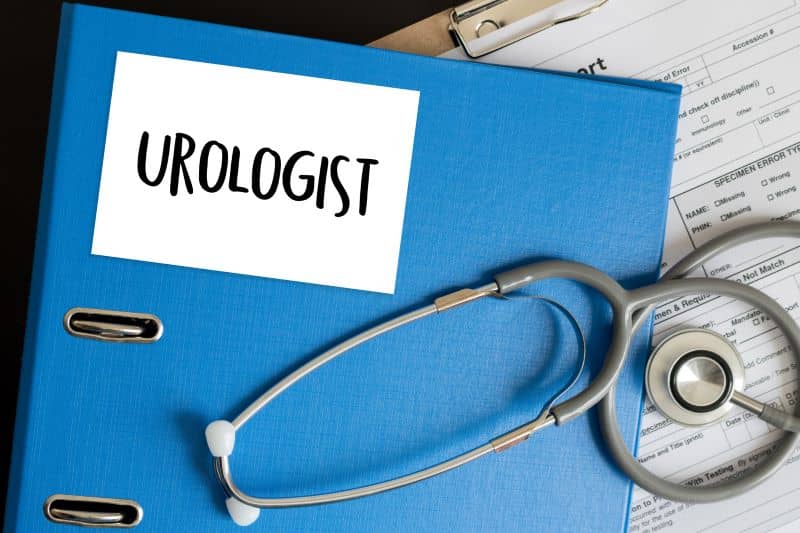 “There is a huge demand for urologists, especially in small cities and rural areas,” said Fara Bellows, MD, at The Ohio State University Wexner Medical Center in Columbus. “Urology is an exciting, ever-changing field, and there are many reasons to pursue a career in urology. Job security, however, is an important factor.”

1. Coping with a shortage
Although the number of urologists has increased slightly in recent years, Gonzalez noted that the numbers are not keeping pace with an increasing population needing care. Therefore, job seekers will find there are plenty of urologist jobs available, for both permanent and locum tenens positions.

Urologists are coping with shortages in their profession and a geographic imbalance of urologists, with a widening gap in the ratio between urban and rural urological practices. Additionally, fewer new specialists are heading to rural areas, only about 8 percent, and those are primarily in solo urological practices. Sixty-three percent of counties in the United States do not have a urologist, and that presents access problems.

2. Rapid pace of retirements
The median age of urologists in the United States is 56 years old, with 29 percent of them 65 years of age or older, Gonzalez reported.

“A generation of urologists is rapidly retiring, which will create a significant dearth of practicing urologists,” Bellows said. “When we pair this with the aging general population, we foresee issues with both lacks of access and inferior quality of care.”

Although urology remains a sought-after specialty, there has not been a substantial increase in residency slots, so the pipeline is constrained.

Damon Davis, MD, at Mercy Medical Center in Baltimore reported that his practice is utilizing advanced practice providers, especially PAs, much more than in the past. “They allow me to get new patients and quickly and efficiently manage established patients with chronic illnesses.”

“APPs can see both new and return patients and can even be trained to perform straightforward office-based procedures,” Bellows said. “They can also assist in the inpatient setting, by managing inpatients and seeing consults.”

Gonzalez reported that 73 percent of urological practices include advanced practice providers, up from 63 percent in 2015.

“We are going to have to start thinking about a team approach to taking care of patients,” Gonzalez said. “Integrating advance practice providers into our practices will be an important component.”

4. Rising compensation
As the demand for urologists has grown, so has their compensation. The Medscape Urologist Compensation Report 2019 indicates urologists earn on average $408,000 annually, up from an average of $373,000 last year. The report also found that self-employed physicians earn more than those who are employed, and 70 percent of benefit packages have remained stable. Yet only half (49 percent) of the urologists surveyed said they felt fairly compensated.

The pay rates for locum tenens urologists have also been rising, according to Staff Care’s data, with many assignments now offering $170-$190 per hour, and some offering well over $200 per hour.

5. Increasing use of telehealth
Another way that practices and hospitals are coping with the shortage of urologists is through the use of telehealth. While less than 12 percent of practicing urologists are currently using telemedicine, those who do use it expect its use to increase, according to the AUA’s “The State of the Urology Workforce and Practice in the United States.”

“Telemedicine is a hot topic for nearly all medical specialties,” Bellows said. “There is a huge opportunity to utilize telemedicine, but until we streamline processes to provide the same quality of care, we still heavily rely on traditional office visits.”

6. Embracing new techniques and updating standards of care
“New technologies and medications are consistently arriving on the market,” Bellows said. “Robotic surgery is quickly becoming the standard of care for urologic cancer operations.”

7. More women choosing urology
While the number of young women physicians selecting urology has seen a steady increase, the proportion of women to men in the profession remains far apart. In the United States, just 9.2 percent of the urology jobs are held by females, but among urologists younger than 45 years old, 22 percent are female, and 26 percent of urology residents are female, Gonzalez reported.

“There is a lot more awareness of the specialty to encourage women to go into the field, and that starts in medical school,” Gonzalez explained. “That’s a very good thing. It’s always good in a workforce if your workforce mirrors the population.”

8. Opting for employment vs. private practice
The number of employed urologists has increased to 58 percent from 49 percent in 2014, Gonzalez reported. In urologists younger than 45 years, 80 percent of females and 69 percent of males are employed.

“That is definitely a big change,” Gonzalez said.

9. Increasing satisfaction with the job
The Medscape Urologist Compensation Report 2019 found 92 percent of urologists were satisfied or very satisfied with their own job performance, and most urologists said they would choose the same specialty if they had to do it again.

Today, March 30, we recognize National Doctors’ Day across the country—an opportunity to acknowledge the incredible impact our physicians make on patients in our communities and thank them for their sacrifice.