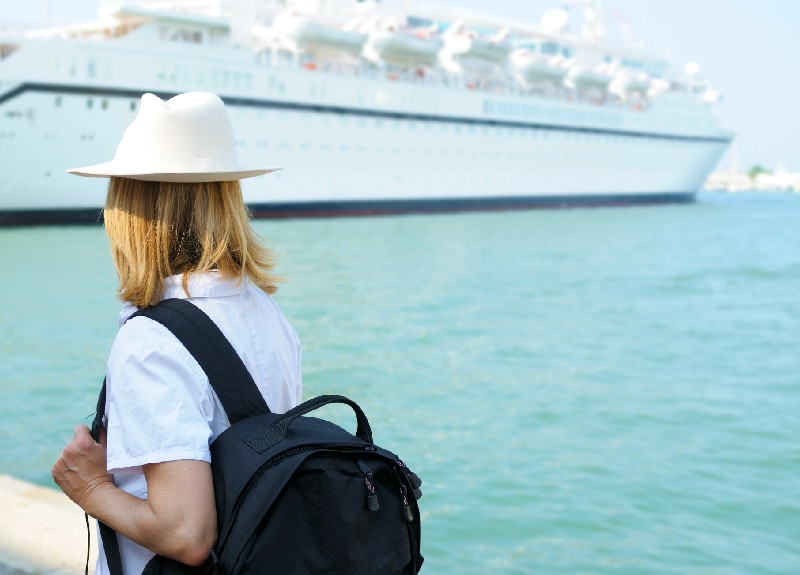 What It's Like to Work as a Locum Cruise Ship Physician

We recently talked to two physicians who discussed what it's like to work locum physician jobs for a major cruise line. Stephanie Garcia, MD, is an emergency medicine physician in Albuquerque, New Mexico, who had previously worked a locum tenens assignment doing COVID relief in Southern California. When her Staff Care recruiter called about the cruise ship assignment, she was immediately interested.

"I was looking for a change of pace, and I wanted to have a new experience outside the emergency department," she said. "I'd never done any maritime medicine, and it was a unique opportunity. The crew was from more than 70 countries, so you interacted with people from various cultures, which was very interesting. It gave me a different perspective on medicine and practice."

Departing in November 2021 out of Fort Lauderdale, Florida, Garcia was on the boat for 36 days, including several roundtrips to pick up new passengers. Her cruises included stops in St. Kitts, St. Thomas, Puerto Rico, the Bahamas, Cozumel and Costa Maya, Mexico, Honduras and Belize.

Connie Chan, DO, an emergency medicine physician from Santa Maria, California, had a few years of previous locum tenens experience, and when Staff Care called her in October 2021 about a cruise ship assignment, she was ready to try it.

She had thought about becoming a cruise ship physician before, and when she and her family were passengers, she had asked the ship’s doctors about their experiences. However, she learned that assignments can run six months or more, which wouldn’t work for her family—especially for her son with special needs.

But this assignment was much shorter, and it felt like the opportune time since Chan’s son was doing online classes and she needed a break from the local onslaught of COVID cases.

"I looked at the opportunity and thought this might work since it's only four weeks and it will be a good test for me in the water, so to speak," she said.

Treating Ailments A to Z: A Day in the Life of a Cruise Ship Physician

After breakfast in the crew cafeteria, Garcia’s workdays would include two daily clinics, from 8 am – 11 am and 4 pm – 7 pm, when she would see both passengers and crew members. She would also get called in for emergencies outside of those regular hours.

Chan was also responsible for a morning and evening clinic, and soon learned the crew and passengers often got sick or injured outside those hours. When they did, a nurse would take the call initially and then contact the on-call physician. Though Chan’s schedule was supposed to be 24 hours on and 24 hours off, she found she worked most days due to the emergency calls. The acuity of the cases was much lower than at her regular emergency job, however.

Both physicians noted that the most common injuries among elderly passengers were falls, caused by their limited mobility and balance issues on a moving vessel. “There are a lot of injuries, anything from a simple skin tear that requires first aid to falling and breaking ribs with accompanying pneumothorax. We also had some broken arms and wrists,” said Garcia. Some of the ship’s performers and crew would also suffer fall injuries.

"We took care of what we could with splints, laceration repairs, wound dressing and pain meds," Chan said. "More critical injuries had to be sent to a local hospital once we docked at a port."

Other common ailments among passengers and crew ranged from motion sickness and hangovers to conjunctivitis, urinary tract infections, ear infections, and medication refills for chronic medical conditions. Garcia also treated some crew members for latex allergies and contact dermatitis as many currently have to wear gloves to perform their duties.

Garcia and Chan reported that some emergency ailments, such as myocardial infarction, would cause the medical staff to divert the vessel for an unscheduled port visit.

Garcia’s most traumatic case was a passenger with a gastrointestinal bleed when the ship was far out to sea. With no ready blood supply, she put out a request for passengers to donate blood, which they did. A transfusion allowed the medical team to stabilize the patient until they could get back to land.
With a critical patient onboard, "You run a small ICU until you can drop the patient off,” Chan explained. “We had established relationships with the local hospitals at each port and used a satellite phone to contact them to have an ambulance ready."

Although everyone was tested for COVID before embarking, Garcia encountered numerous COVID cases every day. Many of the initial cases on her ship were immunized staff members who were asymptomatic or had very mild symptoms, but still required daily checks. They also had to be quarantined in a specific area of the boat.

"It wouldn't have been so busy if it weren't for COVID," Chan added about her cruise experience. "But because of COVID, we did a lot of cabin visits, where you had to dress up in a hazmat suit and go into the cabins.” Physicians would do temperature checks, exams and test swabs, and then give the swabs to the nurse waiting outside who would run the COVID test.

Everything considered, Garcia and Chan felt that their onboard medical facilities had everything they needed to do their jobs.

"There's a waiting room, a triage area, a secretarial area where we could do shore-side referrals when we dock, exam rooms, ICU rooms, a pharmacy, and we had one X-ray machine," Garcia said, adding that they also had the ability to do a wide variety of lab tests and screenings.

The Pros and Cons of Cruise Ship Assignments

Physicians considering locum cruise ship assignments should expect to be treated like full-time crew members and be ready for anything, Garcia and Chan advised.

"You have to be flexible and be a team player," Chan said. "Shipboard life is different than on land.”

"In-between clinics or on a day that you think you may have off, you may be required to do various maritime safety drills," Garcia said. "It could be anything like going to a staging area of a fake casualty or mass casual incident in the theater. You also train crew members how to handle a patient properly for transport." Some of the maritime drills can be strenuous, she added, such as getting into a life raft or climbing flights of stairs.

Although working as a locum cruise ship physician can get busy, Garcia said she enjoyed the adventure and would consider another assignment. Some of her favorite perks? Eating wonderful food that she didn’t have to cook, a comfortable ocean view cabin, and the on-board entertainment.

"The most challenging thing is, like any new job, you're learning a new electronic health record, and you're interacting with people of many cultures," she said. “You might interact with someone from Mauritius, India, South Africa, the Philippines, Serbia, and the UK in the same day."

Due to COVID protocols at the time of her Florida-based cruise, Garcia was not allowed to disembark from the ship if it reached a port of call on her days off. However, at the time Chan took her locum assignment, crew members were allowed to get off the ship if they signed up for a crew excursion, which was available for a small fee.

While ported in Cozumel, Chan enjoyed swimming with the stingrays and sharks on one excursion. While on the ship, she enjoyed a number of amenities during her off times.

"There is an ice skating rink on board, and they have an ice skating show, so I saw that, along with an aerial acrobat show and some movies in a theater," Chan said. Another perk was eating at the crew mess hall, guest buffets and other specialty restaurants.

"For an emergency medicine physician, this is a nice gig," Garcia concluded. "There's nothing that you see that you're not prepared for. And with emergency medicine training you just may not have all the resources or consultants at your disposal that you're used to, so it requires you to be able to think outside of the box quickly and sometimes improvise a bit."

This unique maritime experience is something for locum physicians to consider, for both personal and professional reasons.

Ready to Set Sail On a Locum Adventure?

If you're ready to learn more about locum assignments as a cruise ship physician, or in any other working environment, contact a Staff Care recruiter today.

Pediatric hospitalists provide acute, inpatient care to youngsters in community and children’s hospitals and coordinate with pediatricians. Discover what brings career success to physicians in this specialty.

The anesthesia and analgesia specialists are moving to a multimodal approach to address pain issues and the country’s opioid crisis.