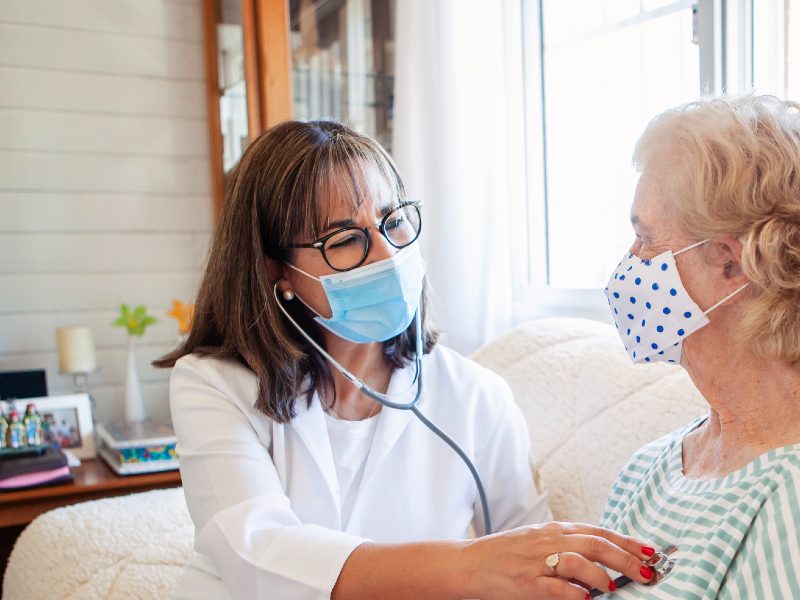 A looming shortage of primary care physicians threatens access to care and improved health for American citizens at a time when the population is growing and aging.

“I have no doubt there will be an increasing shortage of primary care and subspecialty physicians, getting worse as we head to 2030,” said Steven Lee Berk, MD, dean of the School of Medicine at Texas Tech University Health Sciences Center in Lubbock, Texas.

“The greatest concern is primary care physicians,” he emphasized.

Berk explained that primary care physicians have a far-reaching impact on individuals and the overall public health, as they help decrease the likelihood of coronary heart disease and heart failure, find cancers early on, give vaccines to prevent infections, and increase lifespans.

Both Berk and Erickson described primary care shortages in some areas of the country, but not others.

Staff Care’s 2017 white paper, Locum Tenens and the Emerging Shortage of Medical Specialists points out that primary care physicians—generally defined as family practice physicians, internists, and pediatricians—will account for approximately 4 out of every 10 physician vacancies over the next several years.

And some of these vacancies will be filled with locum tenens.

It also reported that between 38-40 percent of primary care physicians are 55 years or older, nearing retirement age.

Numerous factors are expected to contribute to the growing primary care physician shortage, including the upcoming wave of older physicians retiring; more medical residents choosing to specialize; the increasing number of older Americans, who use more health care services; and a growing population.

Additionally, Berk said that the newer generations of physicians do not plan to work as many hours as physicians did years ago.

The AAMC suggested a multipronged solution to the physician shortage in primary care.

Medical students frequently gravitate to specialties, because the pay is better. The Medscape Physician Compensation Report 2017 said primary care physicians earn about $217,000 annually, while specialists earn an average of $316,000. That extra income goes a long way in paying off medical school loans.

Berk explains many medical students are worried about finances. He called tuition reimbursement or the ability to pay back loans an important issue. However, if primary care is attractive enough and prestigious enough, he thinks students will select that path.

“It’s important to have medical school see primary care providers who enjoy what they do and have strong patient relationships,” Erikson said.

Berk at Texas Tech created a three-year family medicine accelerated program. Texas Tech gives students in the program a scholarship for the first year’s tuition. By the second year, the medical students do a clerkship and are seeing patients and working side by side with licensed family medicine physicians and experiencing the joys of the profession. They also go to family medicine conferences, where they can network.

“We developed a program that makes family medicine attractive and gives it some prestige,” Berk said. “And they have role models.”

Students in Texas Tech’s regular medical program also often select family medicine. Berk attributes that to the students in the accelerated program talking up primary care. Texas Tech is 12th in the nation in the percent of graduates selecting family medicine.

Berk explained that caps on graduate medical education funding contribute to the shortage because even though medical schools have increased enrollments, newly minted physicians must complete a residency before they can practice medicine. Therefore, more residency slots are needed.

In a report to Congress, the University of Pennsylvania School of Nursing reported that the $200 million Medicare Graduate Nurse Education Demonstration project has increased the primary care workforce. Advanced practice registered nurse (APRN) enrollment and graduation growth in demonstration schools were higher than in other educational programs.

Advanced practice nurses trained through the demonstration project are practicing in a variety of settings, including federally qualified health centers.

Berk agreed that NPs play an important role, particularly in a team environment.

The 2017 AAMC report indicates that the supply of nurse practitioners and physician assistants has increased, and the ratio of physicians to mid-level providers will decrease to 3.5 to 1 in 2030. Erikson pointed out that many NPs and PAs enter specialty care.

Erikson added that care coordination in the team and value-based care environments complement but do not necessarily decrease the need for physicians, but they can be rewarding for care providers. She also said telehealth has the potential to increase access for patients.

READ About A Solution to the Nurse Shortage

Staff Care leads the nation in placing physicians and advanced practice professionals in locum tenens assignments around the country.