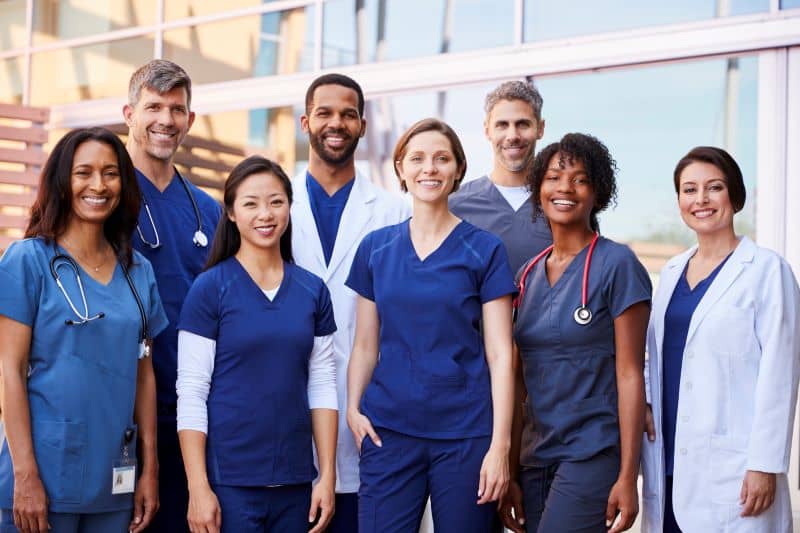 “What makes this year unique is that we’ve seen a universal increase across the board,” Merritt Hawkins Senior Vice President Travis Singleton told Forbes' Kathryn Dill. “That’s a huge shift; it shows demand at levels that arguably we’ve never seen.”

Drawn from data based on more than 3,300 physician and advanced practitioner search assignments from April 1, 2015, to March 1, 2016, the findings were part of a more comprehensive survey of the "financial and other incentives offered by hospitals, medical groups, and other facilities to physician and advanced practitioner candidates during the course of recruitment," according to a summary of the report. "Unlike other surveys, Merritt Hawkins’ Review of Physician Recruiting Incentives tracks physician starting salaries and other prerequisites, rather than total annual physician compensation."

Signing bonuses were a big part of those alternate forms of compensation, offered in 77 percent of the firm's recruiting assignments, a four percent increase over the previous year. Looking at even more closely, value/quality metrics accounted for 29 percent of the total physician bonus amount, and for about six percent of total physician compensation, as a slideshow summary of the report puts it. The report "indicates that physicians typically are paid on value/quality through production bonuses that feature metrics such as patient satisfaction, meaningful use, and others."

"Of the most recruited specialties this year, invasive cardiologists continue to command the heftiest average base salary," Dill writes in Forbes' analysis of the report. "These professionals can expect offers of $545,000 while being recruited, with some of the top earners bringing in as much as $700,000 in base salary alone.

"Orthopedic surgeons, often at the top of lists like this one, also fared well, commanding average base salaries of $521,000, with top-tier earners garnering annual paychecks of as much as $800,000," Dill adds.

Meanwhile, when it comes to the medical specialties that saw the highest increase over last year's compensation, a different list takes form. According to the report, internal medicine was the specialty with the biggest year-over-year increase from last year, at $237,000 — an increase of 14.5 percent.

The report also includes average starting salaries by region for the most requested specialties. Results vary, but findings show that the Northeast region tends to offer lower salaries, while the highest paying doctor specialties are even more so in the Mideast, Southeast, and Southwest regions.

"A high ratio of physicians per capita in the Northeast creates competition, suppressing salaries, as does a relatively high prevalence of managed care/capitalized compensation plans," as the slideshow summary puts it.

And, though it may not represent the highest-paying medical specialty, family medicine tops the list of most in-demand physician specialties — and has done so for ten years, "by far the longest period any one specialty has held this position," as the slideshow summary notes. Demand for primary care physicians "remains particularly strong, as they are seen as the keys to achieving quality and cost objectives necessary under emerging team and population health-based delivery models," the report authors note.

“The fact that primary care physician again took another double-digit increase — it’s over $200,000 for the first time, it’s $225,000 — I think it’s notable,” said Singleton. “The way our system is designed, it rewards procedures and punishes diagnoses. For a primary care physician to make such huge jumps year after year in compensation really shows you where we’re at in that market–it’s a well-deserved bump for them.”

Coming in second place on the list of most-requested search assignments is the psychiatric medical specialty — "the first time psychiatry has held this position in the 23 years" that the report has been conducted.

"This is a clear reflection of the focus healthcare providers are putting on addressing mental health challenges in the United States," the report authors write.

Are you a physician seeking a new career opportunity? No matter what your medical specialty, chances are great that Locum Leaders has a locum tenens assignment in the area you want to work. We invite you to connect with a Locum Leaders recruiter here or search all available locum tenens jobs here.