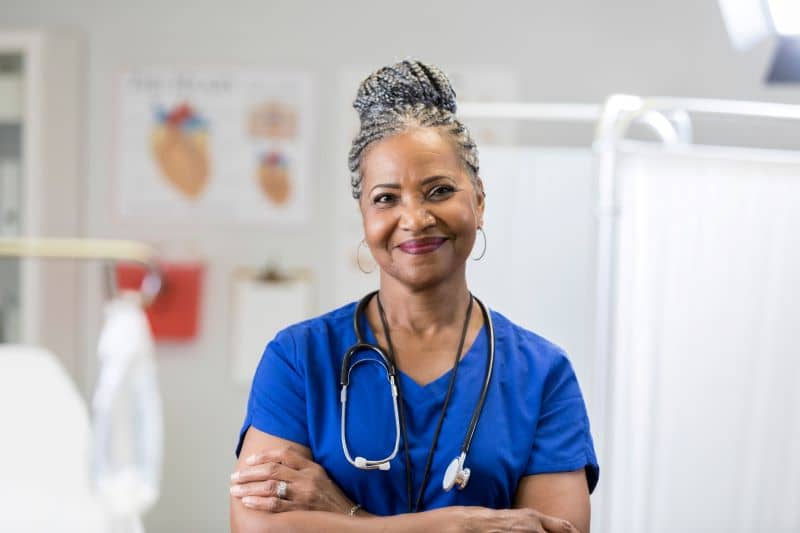 Jobs for Retired Physicians: Still Want to Practice, But Need a Change?

How do you know when you’re ready to retire from medicine?

After leaving your full-time practice setting, will you be interested in different jobs for retired physicians—or, do you want to make a switch sooner as a way to transition to your eventual retirement?

Retirement is certainly on the minds of a large portion of physicians practicing in the United States, according to a recent survey.

The 2016 Survey of Physicians 55 and Older, conducted by AMN Healthcare, reported that 42% of the nation’s practicing physicians are 55 or older, based on data from the American Medical Association (AMA).  Yet the percentage of older physicians varies widely by medical specialty.

Percent of physicians 55 or older by specialty+

FIND physician jobs in your specialty with Locum Leaders, an AMN Healthcare company.

The 2016 AMN survey also reported on these physicians’ retirement plans, current working practices, and their intent to pursue jobs for retired doctors on a locum tenens basis.

Highlights of the survey:

Now & later: Jobs for retired physicians and those in late career

There are a number of options for doctors looking to stay involved in medicine as they transition from full-time, direct patient care.

Some examples of the top jobs for retired physicians include:

Locum tenens:  An alternative for MDs who still want to practice

How many jobs for retired doctors let you continue the work you love—on your terms?

Locum tenens jobs have been around for decades, and have long been pursued by physicians and advanced practitioners who are retired, semi-retired, or considering retirement.

Because locum work allows you to take more control of your schedule and enjoy new working environments when you step away from full-time and/or permanent employment. It can also be a welcome next step after divesting yourself of the responsibilities of private practice.

Many Locums Tenens physicians near retirement will use their new-found freedom and travel options to visit family, pursue adventure or take some much-needed vacation time between assignments

These physicians work with locum tenens staffing agencies like Locum Leaders to complete temporary assignments. They are hired to help alleviate staff shortages when physicians are sick or on sabbatical; during seasonal fluctuations inpatient census; or while a practice or healthcare facility is looking for a permanent physician.

Locum tenens jobs can be part-time or full-time, and they offer a variety of options for experienced physicians seeking a change of venue (with travel expenses paid), more flexibility, and the chance to help a new patient population that needs their skills.

Contact Locum Leaders to learn more about locum tenens opportunities and how these types of jobs are an ideal choice for retired doctors.

DISCOVER THE BENEFITS OF LOCUM TENENS

Locums News MAR 21, 2018
The Pros and Cons of Working as a Nocturnist

Nocturnists are unique among hospitalists because they are often the only doctors on the floor after all of the other physicians have gone home.