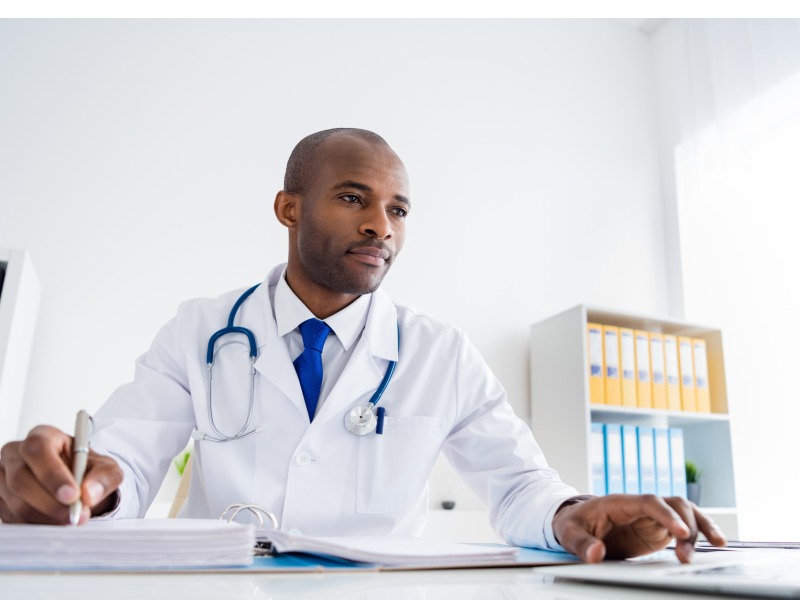 If you practice medicine as an employee in a practice, you’re not alone. In fact, an increasing number of primary care physicians and specialists are working as employees as opposed to owning their own practices.

According to a study on physician practice arrangements released by the American Medical Association (AMA) in May 2017, the percentage of patient care physicians with an ownership stake in a medical practice declined from 53.2 percent in 2012 to 47.1 percent in 2016.

Statistics from other medical associations bear this phenomenon out.

Data from the American College of Physicians showed a drop in the percentage of physician-owned practices from 47 percent in 2007 to just 19 percent in 2017.

According to the American Academy of Family Physicians (AAFP) 2016 Member Profile, 68 percent of AAFP members reported that they had no ownership stake in the practice where they work, with just 28 percent reporting being the sole owner, partial owner, or shareholder in their practice.

“This is a trend that we have seen before,” said Leonard Reeves, MD, a family physician at Faith and Deeds Free Clinic in Rome, Georgia, and associate dean of the northwest clinical campus of the Medical College of Georgia.

“Back in the 80s or 90s, there was a trend for hospitals to buy up practices and start their own provider networks,” he reflected. “Then the pendulum swung the other way, and they divested themselves of those. And now it’s swung back again.”

DISCOVER physician employment with travel benefits and more as a locum tenens.

There are a variety of reasons that more physicians are choosing to work as employees, rather than hanging out their shingles and running their own independent physician practices. Jack Ende, MD, president of the American College of Physicians, pointed out several possible factors:

Growing complexity. “The practice of medicine has become more complex, with increasing demands for infrastructure, including the ability to respond to requests for performance measures from various insurers and payors,” Ende said.

“It includes the electronic health record, which is a huge, very expensive investment. And there are also concerns about the security and the ongoing success of one’s personal practice.”

Advanced payment models. Advanced payment models like MACRA, from the Medicare Access and CHIP Revitalization Act of 2015, provide an incentive for physicians to go into large groups where they can take advantage of programs like Comprehensive Primary Care Plus (CPC+), a medical home model that focuses on regionally-based multi-payer payment reform and care delivery transformation.

Millennials are more likely to be concerned about achieving a good work-life balance, “which is not a bad thing at all”, said Ende

“The current generation of young people going into medicine don’t see themselves as Marcus Welby types, devoting their entire lives—all 7 days a week, 24 hours a day—to the practice of medicine,” he said.

“Work-life balance can be more easily achieved when you’re employed.”

Some physicians like having control over their own practice and making the decisions. But for others, the headaches that come with running their own business may be more than they want to deal with.

“The business side, the industry of healthcare, maybe leading to a lot of the [physician] burnout that we see out there,” said Reeves.

Trends to watch in physician practices

Will we see a continued decline in the percentage of physicians who are independent practice owners?

“I think this trend is only going to continue,” Ende said.

Right now, the healthcare system in the United States has somewhat of an “unsettled nature,” and that includes how healthcare will be paid for in the future, said Reeves. However it shakes out, it could affect trends in physician practice.

Reeves expects that the trend toward more physician employment will probably continue.
He also noted that a growing model to watch in primary care is the direct primary care model (DPC), where patients pay a monthly membership fee to their physician to provide care.

And don’t forget to keep an eye on the younger generation of physicians.

“They are the ones who are going to be molding the future for us all,” Reeves said.

Another trend to watch: hospital acquisitions of physician practices.

The AMA study found that hospital acquisitions of practices have slowed somewhat after a period of growth. The percentage of physicians employed by a hospital or working in a hospital-owned practice remained the same in 2016 as it had been in 2014 (32.8 percent).

Ready for a change in your practice environment?