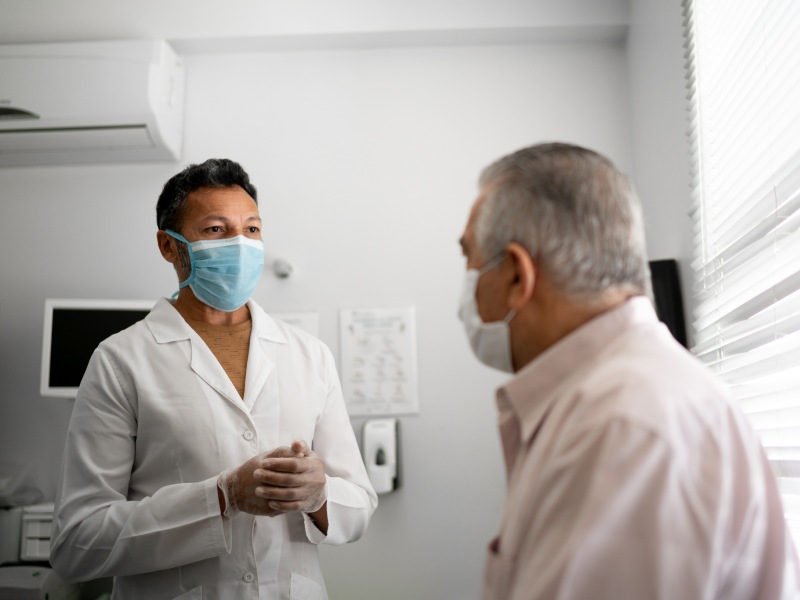 A 2014 study by AMA Insurance found that most physicians’ workweeks were in the 40- to 60-hour range, yet more than a quarter reported working more than 60 hours, with a few (5 percent) averaging 80 hours or more.  Their number of days worked varied, depending on the requirements of their particular workplace.

Yet researchers have noted a trend in recent years that physicians in the United States are actually working fewer hours and seeing fewer patients overall. The trend may have some benefits for physicians but could have serious implications for the physician workforce in the future—and the ability of patients to get access to a physician for care.

“What we’re seeing is that physicians are working fewer hours than they did in the past,” said Janis Orlowski, MD, chief health care officer of the Association of American Medical Colleges (AAMC).

A study of physician career satisfaction published in Mayo Clinic Proceedings in 2017 found nearly 20 percent of the physicians in clinical practice reporting that it was “likely or definite” that they would reduce their clinical hours in the next year. And that could have profound implications on the overall physician supply.

PICK YOUR physician schedule and workplace with locum tenens jobs across the U.S.

Physician workweeks: A look at the data
The AAMC Workforce Studies team traces and analyzes data and research relevant to the physician workforce. Their research has indicated that physicians were working about 54 hours per week in the 1980s. By the 1990s, that number had dropped to 53.

“So, physicians are working slightly fewer hours, and with male physicians, it’s definitely less, but with women, it’s more variable when it comes to the number of hours that they work,” she said.

The 2018 Survey of America’s Physicians, conducted by Merritt Hawkins on behalf of The Physicians Foundation, also found that physicians are working fewer hours and seeing fewer patients. According to survey data collected earlier in 2018, the average physician workweek is 51.4 hours, down from 52.63 hours in 2016. The following table shows the breakdown in hours worked by physician type.

The average number of physician work hours per week may continue to change, as 22.3 percent of the doctors in the Merritt Hawkins survey said that they plan to cut back on their work hours within the next one to three years.

How a decrease in physician work hours affects healthcare
With all of the concerns about physician burnout and work-life balance, the trend toward reduced work hours may be beneficial for an individual physician if it improves his or her job satisfaction.  And an average decrease of two hours per week doesn’t seem like much when you consider just one physician.

But those physician hours really add up when you consider the entire workforce, noted Orlowski.  The challenge that lies ahead when physicians work fewer hours per week is making sure that there are enough physicians available to meet the needs of their patients.

“Those two to three hours add up to many FTEs [(full-time equivalents)],” she said. “That’s why it’s important to know and to plan for.”

Indeed, the Mayo Clinic Proceedings study noted that a reduction in physician work hours, coupled with an exodus of physicians from their current clinical practice, could significantly affect the physician workforce.

“Reduction of clinical work hours results in reduced access to care for patients and thus has a direct effect on the adequacy of the physician supply,” the authors wrote. “Leaving current practice, even for another practice, erodes continuity of care and results in reduced access during the transitions, as the physician is either ramping down capacity in their old practice or ramping up in their new practice.”

Burnout: When too much is too much
A slight reduction in average hours worked per week does not solve the very real problem of physician burnout. In fact, burnout may play a role in physicians choosing to reduce their hours or leave their jobs altogether. According to psychologist and researcher Christina Maslach, the three key signs of burnout are (1) overwhelming exhaustion; (2) feelings of cynicism and detachment from the job; and (3) a sense of ineffectiveness and lack of accomplishment.

Individual physicians can monitor themselves for signs of burnout by examining their work habits, stress levels, and other factors, and consider an evaluation such as the Maslach Burnout Inventory.

Devjit Roy, MD, a hospitalist at Wyoming Medical Center and NERD Health and Wellness Center in Casper, Wyoming, knows what it feels like to work long, hard hours. When he started feeling burned out, he knew he had to do something. He had to start paying attention to the problem and setting some boundaries.

“To sustain the health of my patients, I have to sustain my own health,” he said. “By encouraging physicians to focus on their own health and wellness, we can continue to help our patients but get to a path of wellness.”

He suggested that physicians take a look at the number of patients they see per day, to see what reasonable limits they can set. They can also consider hiring scribes or additional medical assistants to help out where possible.