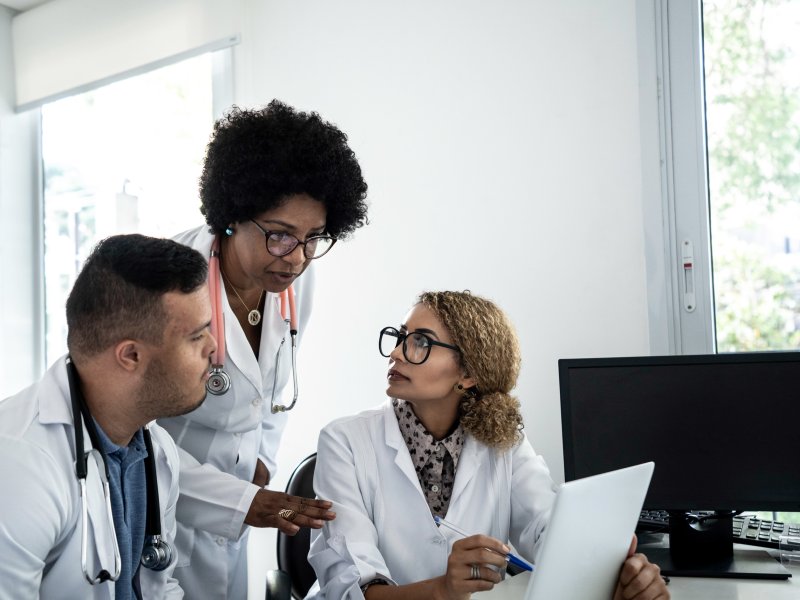 SERMO and the Rise of Physician Networking and Medical Crowdsourcing

Just as it has with pretty much every aspect of society, commerce, and life itself, the Internet has transformed many elements of how physicians practice today, a topic we've discussed extensively here at Staff Care (for example, check out our exclusive locum's social networking infographic for some interesting facts about how physicians engage with social media).

A recent addition to this rise of social networking among physicians has been the integration of the idea of crowdsourcing, or the practice of creating a community of like-minded individuals who offer mutual support. In its most popular manifestations, like Kickstarter and IndieGoGo, crowdsourcing offers creators and entrepreneurs the chance to raise funding for various projects without the need for proper financial backing or loans. In its broadest sense, though, crowdsourcing is any larger community that pools its knowledge and resources for the good of each of its members.

However, for a number of reasons — uncertainty over where the propriety of online conversations; a general tendency to be pretty busy — physicians haven't embraced networking and crowdsourcing on the scale of some other professions. In fact, physicians are behind most other professions in online communications, period, with a 2014 study published in the Journal of Medical Internet Research concluding that there "was limited use of online communication in clinical practice: only 30.5% had communicated with a patient through email and fewer than half could offer their patients electronic forms of information if that were the patients’ preference."

Three in five of the study's participants "reported not being uncomfortable about interacting with patients who had accessed personal information about them online, prior to the consultation," the report added. "Most of the participants were hesitant to immerse themselves more fully in social media and online communication due to worries about public access and legal concerns."

A relatively new medical crowdsourcing website may have discovered a way to solve that longstanding reluctance to engage online. SERMO, a self-described "leading social network for fully verified, licensed doctors" in the U.S. and a handful of other countries, has passed the half-million member mark and is noteworthy for offering physicians a chance to congregate and discuss cases. On top of that, the company's owners also recently announced a plan for patients to access some of this medical crowdsourcing information, as well.

Similar to both modern crowdsourcing sites and traditional web forums (of the source that enjoyed widespread popularity before the social media age), SERMO, is an online community that's open only to physicians, specifically licensed M.D.s and D.O.s in the United States, as well as 14 other countries (the UK, Canada, Australia, Ireland, South Africa, Spain, Mexico, the Netherlands, Denmark, Norway, Sweden, Italy, Argentina, and New Zealand).

Boasting more than 500,000 members (via the group's LinkedIn page), SERMO has technically been around in some form since its founding in 2005 and has recently undergone a number of shifts in its platform thanks to efforts by its parent company WorldOne to "unify its brand," as PM360's Andrew Matthius wrote in 2014.

"WorldOne acquired SERMO in July 2012 and at the time it was the largest physician social network with approximately 130,000 U.S. members," Matthius writes, adding that, at the time, SERMO's CEO Peter Kirk claimed there were "more than 270,000 U.S. physicians, and the combined entity of SERMO WorldOne has more than 1.8 million healthcare professionals from 80 countries."

“The core of our mission is improving healthcare and one way to do that is to actually use SERMO for exactly what it’s built for — utilizing the wisdom of the crowds, in this case, the wisdom of many physicians,” Kirk told Matthius. “For instance, SermoSolves, our most popular app on SERMO, goes to the heart of that and helps solve real-life cases. That, in essence, is medical crowd-sourcing in a fast and efficient manner.”

Just how far does this physician crowdsourcing network reach? In 2014, U.S. doctors posted "3,500 challenging patient cases, which were viewed 700,000 times and received 50,000 comments," according to SERMO's website. "Most patient cases posted on SERMO receive a response within 1.5 hours and are solved within 24 hours."

In September 2015, SERMO announced a partnership with Global Genes™, "a leading rare disease patient advocacy organization," to "provide patients with unprecedented access to hundreds of thousands of physicians from around the world who may be able to accelerate their diagnoses and treatments through medical crowdsourcing," according to a press release issued at the time.

To comply with HIPAA, SERMO makes medical information mostly anonymous. "Roughly 90% of SERMO members choose to be anonymous online, with screen names that are walled off from doctors' identities," writes Shaun Sutner for TechTarget. "SERMO verifies the true identities of its M.D. and D.O. members with a rigorous three-step process that includes IDology identity verification, confirming with the American Medical Association master file and RelevantID digital fingerprinting."

SERMO isn't without its detractors. The company is upfront about the fact that it mines physician conversations for data to be used in marketing and some of which is actually sold to third parties, which some physicians have found objectionable.

"SERMO is free for users, but it makes money by selling advertising to pharmaceutical companies and others and making its large pool of doctors available for frequent online polling by SERMO's business wing, SERMO Intelligence," as Sutner points out.

Tellingly, SERMO also refers to itself as a "Market Research" company on its LinkedIn page (as opposed to, say, a "physician networking" company). On its website, though, it proclaims its status as the latter.

Beyond any perceived conflict of interests, some physicians simply don't enjoy the SERMO community. In a fascinating article posted to KevinMD in which he relates his own brief experience with SERMO, Ted Eytan MD describes the physician networking site as filled with "interstitial growling bordering on screaming."

"Right now, I agree with my fellow discussants that there isn’t much incentive for the average physician to participate," he writes, adding that he appreciates "the energy, hard work, and especially the time of my colleagues on Sermo in having the conversation."

Other physicians agree with SERMO's description of itself as a "meeting of medical minds and hearts" that helps doctors "collectively solve tough cases and get help with diagnoses, often direct from the exam room in real-time via their mobile."

"I'm an isolated guy in a rural area, and it was a way to connect with doctors all over the country," Richard A. Armstrong MD FACS, an early SERMO user, told Sutner. "It's also a large physicians' community platform. That's why it's so valuable."

"Soon after the social network launched in Canada, a family physician posted a case of a young girl with E. coli 0157:H7 Infection, Verotoxin Positive with HUS," Dr. Armstrong recently wrote in an article for PhysiciansPractice.com. "One family member had already succumbed to this infection. Physicians from around the world immediately began to comment and the recommendations resulted in a positive outcome for the patient. This instance offered cross-border learning experiences for the participating doctors, not only regarding the specific medical issue but also about how things are managed in different health systems.

"These constructive conversations represent the modern incarnation of the doctor’s lounge, the place where physicians can come together to share common experiences, learn from peers, and advance their work. While diagnostic and clinical discussions are paramount, the 'virtual lounge' of the medical crowdsourcing era also features discussions of the pressures of medical practice, the effect of regulations, and even personal matters."

Do you use SERMO? What's your opinion of this, or other physician crowdsourcing or networking sites? Start a conversation with the Staff Care community — join us on Facebook, Twitter, LinkedIn, and YouTube for even more networking opportunities, as well as discussions with other residents, fellows, and practicing physicians.