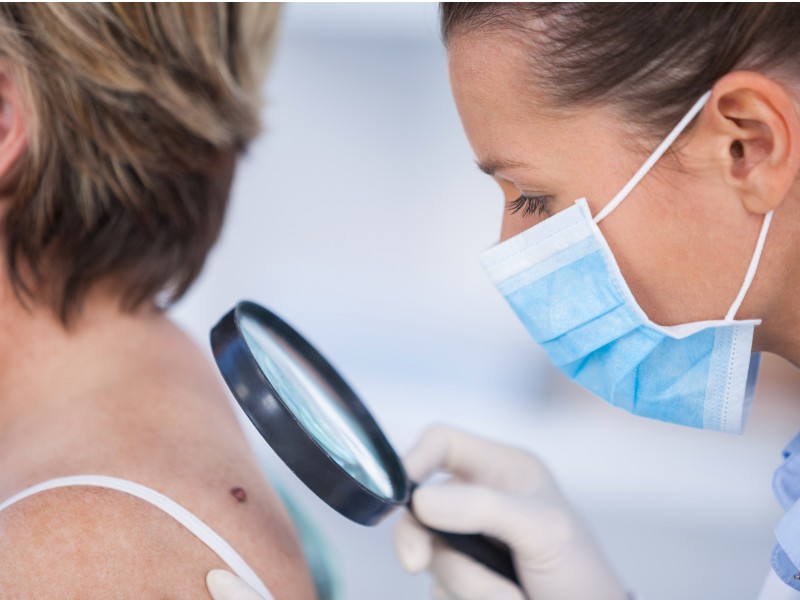 Patients and Skin Cancer Statistics: What Dermatologists Should Know

Skin cancer remains “the most common cancer in the United States,” according to the American Academy of Dermatology, with about 9,500 people in the country receiving a skin cancer diagnosis every day.

Yet a recent survey shows that Americans are not as concerned as they should be about skin cancer statistics and their personal risk, and more education from dermatologists and other physicians may be needed. In addition, the Skin Cancer Foundation has changed how it determines the percentage of nonmelanoma skin cancer (NMSC), including basal cell carcinoma (BCC) and squamous cell carcinoma (SCC).

Find locum dermatology jobs and other opportunities across the U.S.

The June 2021 study from the American Academy of Dermatology (AAD) found only one-third of U.S. citizens are concerned about skin cancer, even though nearly 70 percent have at least one risk factor.

While anyone can get skin cancer, the risk increases for people with the following characteristics: lighter natural skin color, skin that burns or reddens easily, blue or green eyes, red or blonde hair, more than 50 moles, and a family or personal history of skin cancer.

Among the AAD survey respondents:

“These findings are surprising and seem to suggest that many people do not take skin cancer seriously or perhaps believe skin cancer won’t happen to them,” said board-certified dermatologist Robert T. Brodell, MD, FAAD, professor and founding chair of the department of dermatology and professor of pathology at the University of Mississippi Medical Center, in the AAD press statement.

"Yet, one in five Americans will develop skin cancer in their lifetime, and nearly 20 Americans die from melanoma, the deadliest form of skin cancer, every day,” he added.

As summer is well underway, dermatologists and other physicians are encouraged to talk to their patients about sun protection, preventing skin cancer, and doing skin self-exams.

The AAD’s #PracticeSafeSun campaign can help physicians raise awareness with their patients and provide additional resources.

The AAD website also notes that research has found the overall incidence of BCC increased by 145 percent between 1976-1984 and 2000-2010, and the incidence of SCC increased 263 percent over that same period.

While the incidence of melanoma is tracked by the Centers for Disease Control and Prevention’s National Cancer Registries, basal cell carcinoma and squamous cell carcinoma are not tracked. The Skin Cancer Foundation had used a ratio of 4:1 to estimate the number of nonmelanoma skin cancers. But now that will change to a 2:1 ratio.

Why The Nonmelanoma Skin Cancer Ratio Is Changing

About 5.4 million cases of nonmelanoma skin cancer are diagnosed every year, affecting more than 3.3 million Americans. The Skin Cancer Foundation reviewed a couple of studies before changing the skin cancer statistic metrics.

Changes in how the foundation calculates skin cancer statistics will likely have little impact on dermatologists and patients. The most important things are to increase awareness about prevention and the importance of screening. Even nonmelanoma skin cancers can prove deadly.

The Skin Cancer Foundation reports more than 15,000 people to die of squamous cell carcinoma of the skin annually in the United States.

“CSCC actually occurs most commonly in clusters, such that roughly half of the CSCC removals that I do involve a larger/longer skin-cancer specimen that contains two to 10 individual CSCCs, especially on those body areas of chronic sun exposure, such as on the temporal face and forehead area, pre-auricular face, scalp, or dorsal forearms/hands for instance,” Hartman said.

The high incidence of skin cancer increases the demand for plastic surgery and dermatology jobs. Treatment often requires surgery to remove a BCC or CSCC. If the skin cancer is near an enlarged lymph node, the physician will biopsy the node or remove it if it contains cancer cells. Other treatments, including cryotherapy, photodynamic therapy, topical chemotherapy, and other modalities might be used if cancer has not spread.

Locums News MAR 21, 2018
The Pros and Cons of Working as a Nocturnist

Nocturnists are unique among hospitalists because they are often the only doctors on the floor after all of the other physicians have gone home.