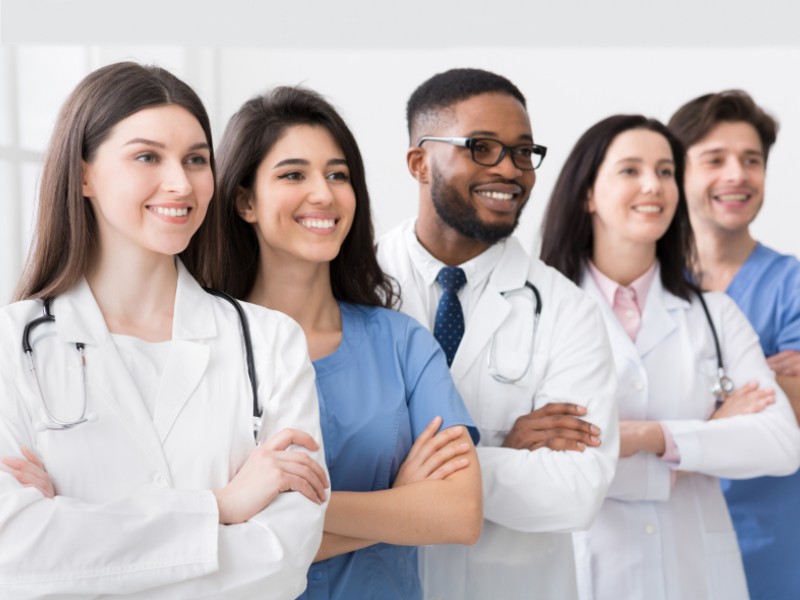 The role of the physician assistant evolved out of a need for people to work with physicians to provide primary care in the post-World War II era. Since that time, the role has continued to evolve, with the scope of practice laws and guidelines constantly in flux—especially in recent years.

Yet, no matter which laws or regulations are changed, one fact remains the same: physician assistants, or PAs, will always be team players.

FIND your ideal PA practice opportunity as a locum tenens with Staff Care.

Advocating for new laws and regulations

As healthcare has become increasingly complex and the need for improved access to care has grown, physician assistants have responded, with more entering the field every day.

“We are thrilled that PAs have finally arrived if you will,” said Alexander.

The profession is evolving, offering new opportunities for PA jobs and careers.

Some of the changes are being realized through statutory and regulatory changes. PA practice is not governed by one single set of regulations; instead, laws and regulations that affect practice vary from state to state.

Some states' medical boards govern the PA’s ability to write prescriptions, while prescriptive authority is determined at the practice level in other states. Physician supervision requirements and PA scope of practice determination vary by state, too.

As a result, state chapters of the AAPA continue to advocate for legislative and regulatory progress at the state level.

Many of them are encouraging their states to embrace the policy known as Optimal Team Practice or OTP. Approved by the AAPA House of Delegates in 2017, this policy calls for states to change their laws and regulations that affect PA practice. The policy also authorizes physician assistants to be directly reimbursed by insurers, according to the AAPA.

One notable recommendation in OTP is eliminating the requirement for PAs to have agreements with specific physicians in order to practice, paving the way for decisions about collaboration to be made at the practice level.

For example, in 2017, three states--Illinois, New Mexico, and West Virginia--changed a provision in their laws to remove “supervision” as the word describing the physician’s relationship to the PA and change it to “collaboration.”

“I think everybody is recognizing that that’s a better definition,” said Davis, adding that she hopes other states will follow in making similar changes.

Meanwhile, other states were clearing the way for PAs to be able to sign death certificates and improve their prescriptive authority, while others extended rural provider incentives to PAs.

During 2017, various groups across all 50 states and the District of Columbia enacted more than 100 statutory and about 50 regulatory improvements to state laws and rules that govern PA practice, according to the AAPA. More improvements are expected in 2018 and beyond.

“How do we use our workforce smarter?” said Davis. “You do that by not having arbitrary barriers for people doing what they are trained to do.”

Physician assistant scope of practice changes can happen from time to time on the federal level, too.

For example, Congress recently passed legislation to allow PAs to manage and provide hospice care to terminally ill Medicare patients. The Medicare Patient Access to Hospice Act will go into effect in January 2019.

More trends to watch include the impact of technology on PA practice.

“In additional to health system changes, technologic developments are impacting PA scope of practice,” wrote the authors of a 2015 article in the Annals of Health Law. They went on to point out that a key example is the advent and expansion of telemedicine, and that “states are increasingly recognizing the importance of PAs in telemedicine.” The authors cited numerous examples of the benefits, particularly to rural communities.

The PA profession appears poised for continued growth, according to recent statistics and industry experts.

The U.S. Bureau of Labor Statistics has predicted a 37 percent increase in demand for PA jobs between 2016 and 2026, which is much faster than other occupations.

The number of educational programs for PAs has grown significantly in recent years in response to demand. Currently, the number of accredited PA programs stands at 235, and there’s been a steady increase in applications.

“I think our PA pipeline is strong,” said Alexander.

STAFF CARE, the leader in locum tenens staffing, is recruiting for physician assistant jobs across the country. Contact our recruitment team to take the next step in your career.