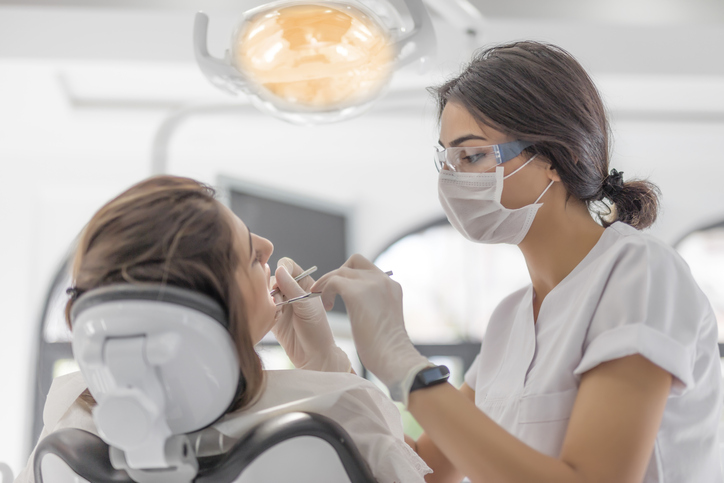 The States Most in Need of Dentists

“You cannot ask ‘Are there enough dentists?’ without asking ‘Are there enough sources of reimbursement?’” said Linda Niessen, DMD, MPH, dean of Nova Southeastern University College of Dental Medicine in Fort Lauderdale, Florida. “Dentists are getting jobs and doing well, but we are not reaching all of the population.”

The U.S. Bureau of Labor Statistics projects 19 percent job growth for dentists (from 2016 to 2026), which is much faster than average. The bureau cites an aging population and new research linking oral and overall health as reasons for the increased demand for dental care.

“Periodontal disease is about inflammation,” Niessen explained. “The mouth is connected to the rest of the body.”

The Health Resources and Services Administration (HRSA) at the end of 2017 identified 5,866 dental health professional shortage areas, in which nearly 63 million people live. HRSA considers an area underserved if a population falls below the minimum standard of one dentist per 5,000 people.

HRSA estimates the country would need 10,802 new dentists to eliminate the designations. About two-thirds of the designated areas for dentist shortages are in rural or partially rural areas.

“Dentists tend to practice in larger, urban areas,” Niessen said. “Rural areas often do not have the same population per dentist.”

Niessen added that certain urban areas often have shortages of dentists, particularly those lacking a supermarket.

Certain states are short more dentists than others.

Andreea Voinea-Griffin, DDS, MBA, MSHA, FACHE, at Texas A&M University Baylor College of Dentistry in Dallas, and colleagues studied in 2016 characteristics of HRSA areas with a shortage of dentists. They concluded that people living in the underserved areas were more likely to have lower income and education levels, more people from underrepresented population groups, and lower population densities, suggesting geographic and financial barriers to dental care.

Andreea Voinea-Griffin, DDS, MBA, MSHA, FACHE, at Texas A&M University Baylor College of Dentistry in Dallas, and colleagues studied in 2016 characteristics of HRSA areas with a shortage of dentists. They concluded that people living in the underserved areas were more likely to have lower income and education levels, more people from underrepresented population groups, and lower population densities, suggesting geographic and financial barriers to dental care.

The American Dental Association reported in a 2017 webinar that 59 percent of adults who had not visited a dentist in the past year did not access dental care due to the cost.

Only 15 percent of those surveyed said they had trouble finding a dentist. “It’s not whether we have the right number of dentists or not; it’s done we have people who can pay for care,” said Niessen, explaining that adults often forgo dental care, because they do not have dental coverage.

Medicare does not cover dental services. Patients often go to the emergency department with tooth pain, but that does not solve the access problem. It’s a stopgap. The patient leaves with an antibiotic and analgesic but no dental care and often returns again.

Niessen added that some private insurance companies are including dental care in their benefits for patients with chronic diseases, such as diabetes mellitus and heart disease.

“When they provide a dental benefit, they save money on the medical side,” Niessen said. “The cost of hospitalization decrease and their medication costs decrease.”

Supply and Demand for Dentists

With the demand for dentists strong, dental schools have increased enrollment. About 6,000 dentists graduate annually, Niessen said. When it opened in 1997, Nova was the first new U.S. dental school in 25 years. All of her graduates receive dentist job offers. Some work for dental practices as associate dentists, and others often work for corporate dental service organizations.

In January 2018, U.S. News & World Report ranked dentists the second-best job in the country overall and the best health care job in the country, citing a low unemployment rate, a good salary, and good work-life balance.

A 2017 Staff Care white paper, The Growing Use of Locums Tenens Dentists, reported an increase in the hiring of locum tenens dentists, from no requests for temporary dentists in 2005 to more than 12,000 placements in 2016.

Neiseen said she expected locum tenens dentist jobs would appeal to new dentists and those who have given up their practices but still want to care for patients.

In the white paper, Staff Care’s researchers reported that temporary placements can lead to permanent positions or the eventual purchase of the hiring dentist’s practice.

It gives the locum tenens dentist and the hiring dentist a chance to evaluate each other before making a long-term decision. Additionally, some dental practices will bring in locum tenens specialty dentists — endodontists or periodontists — as needed rather than referring outpatients in need of such care.