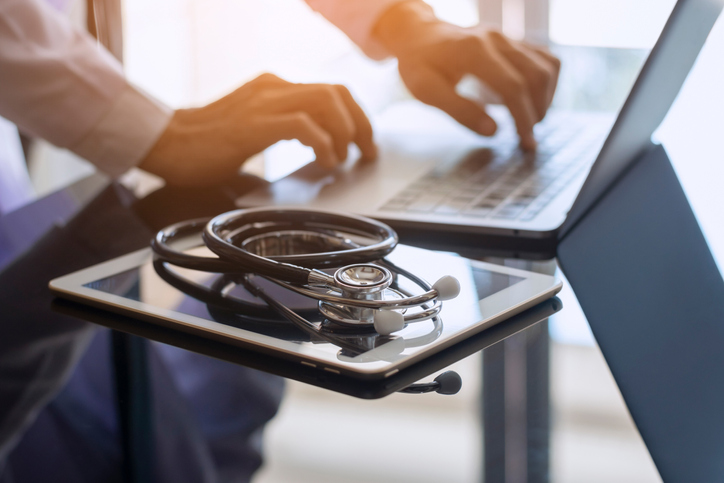 Why Some Doctors Are Still EMR Holdouts

In a world where nearly everyone walks around with a smartphone and digital voice assistants are common, not all physicians have implemented electronic medical records (EMRs).

“Practices that have not gone there are putting themselves at risk,” said Susan Kressly, MD, FAAP, a member of the American Academy of Pediatrics Council on Clinical Information Technology and a pediatrician in Warrington, Pennsylvania.

FIND locum tenens jobs in your specialty across the U.S.

Nearly 87 percent of office-based physicians have adopted some sort of electronic health records (EHRs), a rate nearly doubling since 2008, according to the Office of the National Coordinator for Health Information Technology. More than 60 percent of practices had demonstrated meaningful use of certified health IT while participating in the government’s Electronic Health Record Incentive Programs at the end of 2016.

“We are slowly moving towards it,” said Andrew D. Boyd, MD, an assistant professor in the department of biomedical and health information sciences at the University of Illinois at Chicago.

While many physicians implemented EMRs to take advantage of those incentives, Boyd explained that only physicians with large numbers of Medicare/Medicaid patients benefited.

Most of those who still have not switched to EMRs are smaller practices, said Kressly and Michael Rivers, MD, a director at Modernizing Medicine, an EMR vendor in Boca Raton, Florida. Some are rural physicians, with internet connectivity that is not as dependable for cloud-based systems, and technical support is scarce.

What is holding some physicians back?

“Physicians in their heart of hearts want to take care of patients,” Rivers said. “It’s difficult for them to take care of a patient at the same time as doing other things. In the exam room, that’s an electronic health record.”

Doctors and electronic medical records do not always mix well.

“It can be an overwhelming burden for physicians whose primary responsibility is take good care of patients,” Rivers said.

Kressly explained that physicians are scared of making a mistake when their workflow changes. Additionally, some physicians plan to retire soon and just don’t want to deal with it.

“Many of them are scared to transform their practice to something that looks totally different,” Kressly said. “Going to an electronic health record is a complete re-work of the workflow. People are resistant or lack the resources to do it well.”

The cost of a system, its maintenance and a decrease in revenue while learning to use the EMR are prime factors for doctors’ resistance to switching to EMRs.

“When you are deploying a system for the first time or when switching from one system to the next, you have to decrease the number of patients you see,” Boyd said. “Or you will have long waits, and people will get frustrated. You are just not as efficient as you were before.”

Patients often complain that the physician is looking at the computer. Boyd said medical students are now trained how to position a computer so they can still keep eye contact with the patient. Additionally, some systems, such as Modernizing Medicine’s, use an iPad, which the doctor can hold and tap while talking with the patient.

“A number of hospitals and clinics are starting programs called ‘Home for Dinner,’” said Boyd. “By focusing on workflow within the EHR, the goal is to decrease clicks and save minutes on each patient, so the physician can be home for dinner,” which is a “ huge quality-of-life issue.”

Kressly added that some physicians are working as EMR consultants or are active in user communities to help colleagues.

Some practices have added medical scribes, but Rivers said not all practices can afford to hire a full-time employee to enter the data, or they do not like having someone else in the exam room.

Other practices may bring in temporary practitioners, such as locum tenens and travel nurses, to help during EMR implementations and the first few weeks of training and transition. These locum practitioners relish the freedom of working as independent contractors, avoiding the headaches that come with practice ownership and system maintenance.

Boyd encourages physicians to take time to build in the functionality required in an EMR system and customize as needed. About 500 vendors are certified, including niche vendors for certain specialties.

Modernizing Medicine offers specialty-specific systems, making it easier for physicians to adjust to how they work.

Risks of staying with paper-based documentation

Physicians could lose admitting privileges to hospitals for not using an EMR, Boyd said.

It will be much more difficult to recruit a new physician to join a paper-based practice, Kressly added.

Additionally, “in an outpatient practice, many of the newer payment models on quality will be hard to implement with a paper-based practice,” Boyd said. Under the Medicare Merit-based Incentive Payment System, practices will be penalized for not providing the required data.

“Medicare has a series of escalating penalties,” Rivers said. “There are some draconian penalties coming for people who do not do this.”

Redesigning care delivery in a value-based system will require physicians to use EMRs, Kressly said. “It is impossible without the tools in electronic medical records to close care gaps and do population management. Without the tools, [physicians] will find themselves falling behind in what has become the professional standard and expectation, and meeting the quality standards.”

Patients also expect physicians to connect via a patient portal or other electronic means.

“We have spent dozens of years optimizing paper records,” Boyd concluded. “It’s going to take a while to optimize EHRs for the same level of success. But we need to continue to strive to improve, and it requires physician engagement.”

Today, March 30, we recognize National Doctors’ Day across the country—an opportunity to acknowledge the incredible impact our physicians make on patients in our communities and thank them for their sacrifice.