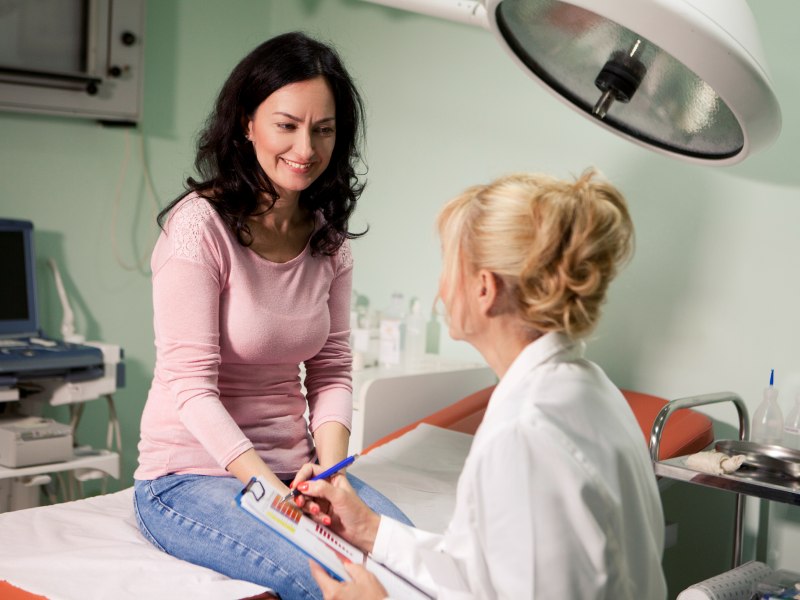 Medical Specialties with the Most (and Least) Women Physicians

The majority of U.S. physicians are still men-but the numbers are shifting. And each medical specialty has its own story to tell.

According to March 2019 data from the Henry J. Kaiser Family Foundation, men account for 64 percent of the physician workforce, and women physicians represent 36 percent.

Yet more women are enrolling in medical school and graduating, every year. The Association of American Medical Colleges (AAMC) reported in December 2019 that women represented 52.5 percent of the applicants and 50.5 percent of the total enrollment in U.S. medical schools in 2019. So what will the physician workforce look like in a few years, including the gender breakdown within medical specialties?

The Medical Specialties Chosen by Women

Some medical specialties attract more women than others.  The 2018 Physician Specialty Data Report from the AAMC noted that the highest percentage of women physicians can be found in pediatrics, with 63.3 percent of the working physicians, followed by obstetrics and gynecology with 57.0 percent. Internal medicine/pediatrics and child and adolescent psychiatry also have a majority of women physicians, with 52.8 and 52.7 percent respectively.

Cherilyn Cecchini, MD, a pediatrician who works with Your Doctors Online, chose pediatrics as her medical specialty because it combined her interest in science with her love of children. She likes the chance to watch her patients grow up and make a difference in their lives.

“The best part of my job is the relationship that I form not only with my patients but also their parents or legal guardian,” said Cecchini.

Meanwhile, the biennial AAMC report showed that the specialty with the lowest percentage of women in 2017 was orthopedic surgery, with just 5.3 percent. Similarly, only 7.0 percent of thoracic surgeons and 7.7 percent of the active interventional cardiology workforce were female. The report’s data was based on the 2017 Physician Masterfile from the American Medical Association, with all 44 specialties listed below.

The percentage of active women physicians in 44 medical specialties: *

Women who are interested in a medical specialty that’s dominated by men shouldn’t be deterred, according to women practicing in such specialties. They say that they’ve encountered some challenges during their careers, but they don’t regret their choices.

Smadar Kort, MD, chose cardiology because she developed a fascination for the heart during medical school. She didn’t have a mentor guiding her. She didn’t think about what it would mean to be a woman in her particular subspecialty; she just knew what she wanted and found a way to get there. And she still loves it.

“It’s becoming more woman-friendly. You do see more women,” said Kort, who is the director of the valve center and director of noninvasive cardiology, cardiovascular imaging, and echocardiography at the Stony Brook University Heart Institute in Stony Brook, New York. “Women go into this profession and know they can contribute to it.”

“In cardiology, women have carved out a nice little niche for ourselves,” she said.

When Ashley Steinberg, MD, decided to pursue surgery and then plastic surgery, she knew that she was likely to be one of only a handful of women.

Plastic surgery, in general, has always been kind of a man’s field,” said Steinberg, who’s now a plastic surgeon with The Clinic for Plastic Surgery in Houston, Texas. The 2018 AAMC report found just 16 percent of plastic surgeons are female.

Like many women in medicine, Steinberg has encountered patients who assumed she was the nurse, or that she was not old enough to be the surgeon on their case. She’s had to correct some assumptions and reassure people that she’s very well-trained to do what she does. Sometimes humor helps her break down people’s assumptions, she notes.

So, what would she tell other women considering her specialty? “Don’t let it bother you,” she said. “See it as a positive.

Obstacles certainly do still exist. According to a February 2020 report from the Advisory Board, 40 percent of women physicians either leave medicine altogether or go part-time within six years of finishing their residencies, due to barriers such as gender harassment, salary inequity, gender bias, or work-family conflict.

The authors noted that while many believe women physicians simply choose to cut back and focus on family, in many cases their workplace doesn’t support managing family and work at the same time.

Steinberg thinks that more women will go into plastic surgery in the future, but she suspects that some other specialties will be less likely to draw more women.

The training required to practice in some specialties may be seen as a barrier for some women, who worry about work-life balance. “It’s a long haul to become a cardiologist,” noted Stevens-Haynes, adding that she recently told an intern, “There is no great time to get pregnant. Just do it.

Stevens-Haynes said she’d like to be able to tell women that they can have it all, but it’s not that simple. “It’s possible to have a little bit of everything, but not all at once,” she said. “You’re always juggling.

Many women in medicine say that mentoring could go a long way to encouraging more women in all specialties.

That includes research, noted Ann-Leslie Berger-Zaslav, Ph.D., clinical professor of pathology at the Renaissance School of Medicine at Stony Brook University. She coordinates a Women in Medicine Research Day each spring to highlight the achievements of female faculty, researchers, fellows and even residents, medical students, and others. The next one is set for March 11, 2020. "We are trying our best to encourage as many women as we can," she said.