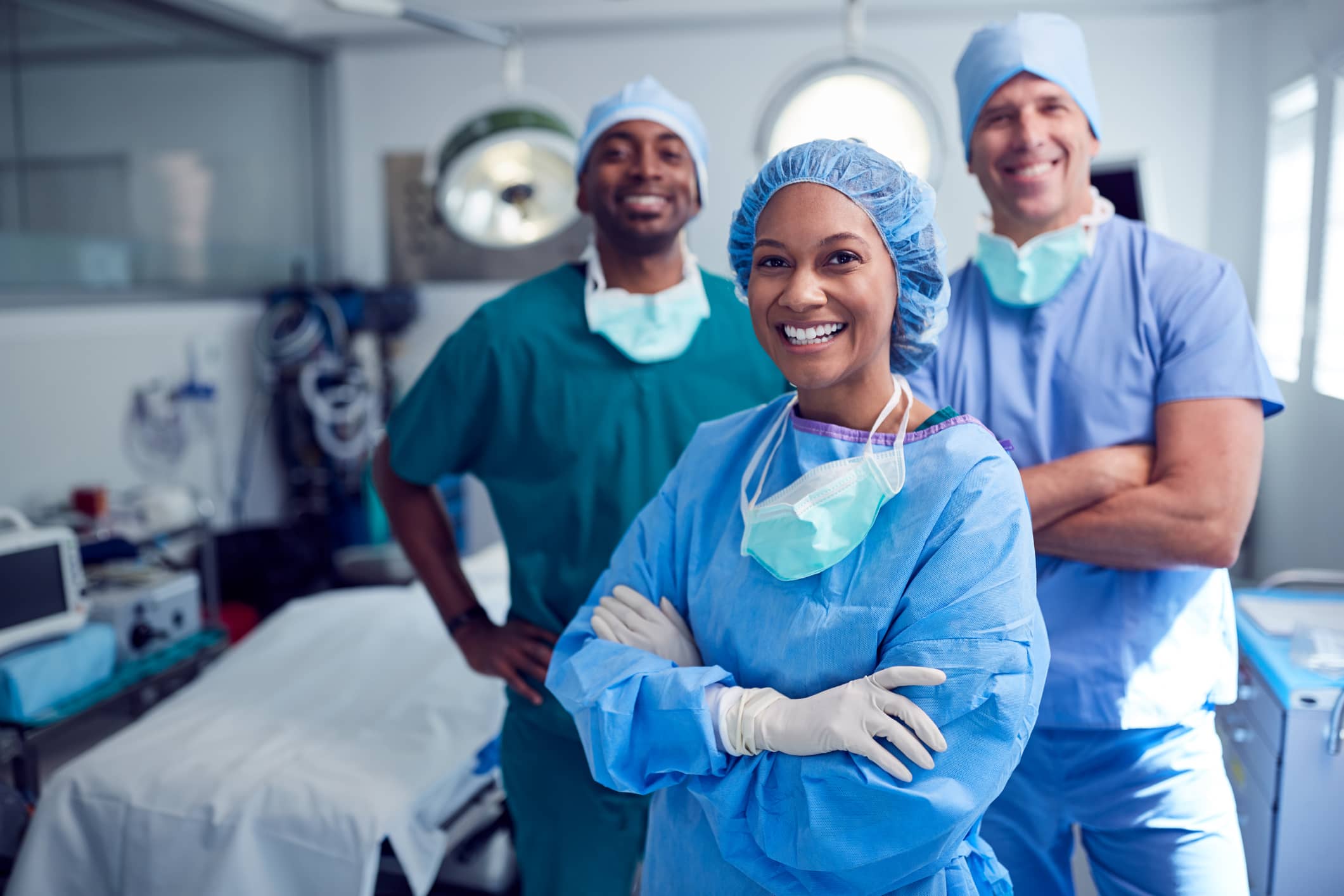 Opportunities abound for certified registered nurse anesthetists (CRNAs). It’s a profession in great demand, with many available career paths for CRNAs, who administer general, regional and local anesthesia to patients.

“CRNAs are a highly sought-after provider,” she added. “The career overall is expected to increase by 13 percent by 2030.”

More than 50 million patients in the United States receive anesthesia from a CRNA each year, according to the AANA. These advanced practice registered nurses represent more than 80 percent of rural anesthesia providers. CRNAs can make independent decisions.

The U.S. Bureau of Labor Statistics (BLS) reported in May 2021 that nearly 44,000 nurse anesthetists are employed in the United States, and they earn a mean annual wage of $202,470. CRNAs working in outpatient centers earn the most, with an annual mean wage of $254,180.

How CRNA Career Paths Can Vary

The traditional places for surgeries, namely hospital surgical suites, still offer practice opportunities for CRNAs. Cases may include inpatients and outpatients, depending on the assigned location. The CRNA may provide anesthesia to children, adults, older adults or during childbirth.

Career paths for CRNAs include practicing in ketamine clinics, administering ketamine for sedation or infusing the drug to treat psychiatric disorders or chronic pain. The CRNA also monitors the patient and conducts an assessment after the infusion and collaborates with other members of the team.

Different jobs for nurse anesthetists include working in medical and dental practices for podiatrists, ophthalmologists, plastic surgeons and pain management specialists. CRNAs working in the offices of physicians earn less than in other practice settings, with a mean wage of $194,240 annually, according to the BLS.

CRNAs also practice in the military, the public health service and in Veterans Affairs facilities. They may serve on naval ships, the front lines, or on aircraft evacuation teams, according to AANA.

Another career path for CRNAs is to work as a locum tenens nurse anesthetist, accepting temporary assignments across the country. Locum CRNAs enjoy exploring new locations and working in a variety of practice settings or with a different type of patients. They can also earn an hourly pay rate ranging from $146 to $158, above the BLS reported mean hourly wage of $97.34.

Locum benefits through agencies like Staff Care include paid housing and travel stipends, licensure and credentialing assistance, malpractice insurance and more. Some facilities are looking for CRNAs who have specialized.

Career paths for CRNAs often include specializing in a specific type of service, such as pediatrics, cardiology or obstetrics. Specialization after several years of experience enables a CRNA to practice in specialty facilities, such as a children’s hospital or cardiac care center. Specialization often leads to greater earning potential.

CRNAs also might consider a fellowship after graduation, in order to practice as a pain management provider.

“Opportunities are available to serve on boards, committees and other leadership roles within their facilities,” Mund said. “CRNAs also assume administrative roles in hospital systems and within universities.”

CRNA careers may include serving as the chief nurse anesthetist, managing a facility’s anesthesiology team. It’s a step up in leadership for experienced CRNAs, with, typically, a higher annual compensation rate. Chief nurse anesthetists coordinate care, train others and deal with other administrative duties.

In addition, “There are leadership opportunities available for CRNAs at both the state and national levels through individual state associations and the national association, the American Association of Nurse Anesthesiology,” Mund added. “Many CRNAs have also leveraged their expertise to run for local, state, and national office.

Educating the next generation of CRNAs

Another career path for nurse anesthetists involves educating future CRNAs for this advanced practice role. Working in academia often provides the flexibility to work as an adjunct or part-time faculty member or full time. Faculty members are often expected to conduct research and publish their findings in addition to teaching registered nurses with critical care experience how to deliver care as a CRNA.

“As of January 2022, all CRNA programs are doctoral programs,” Mund said.

While rewarding, nurse anesthetist instructors are paid much less than those with a CRNA career devoted to hands-on patient care, according to data collected from the BLS and Payscale.com.

“CRNAs are in-demand healthcare providers with a high degree of autonomy who work in a variety of settings,” Mund concluded. “They also confidently and safely care for their patients, providing more than 50 million anesthetics to patients every year.”