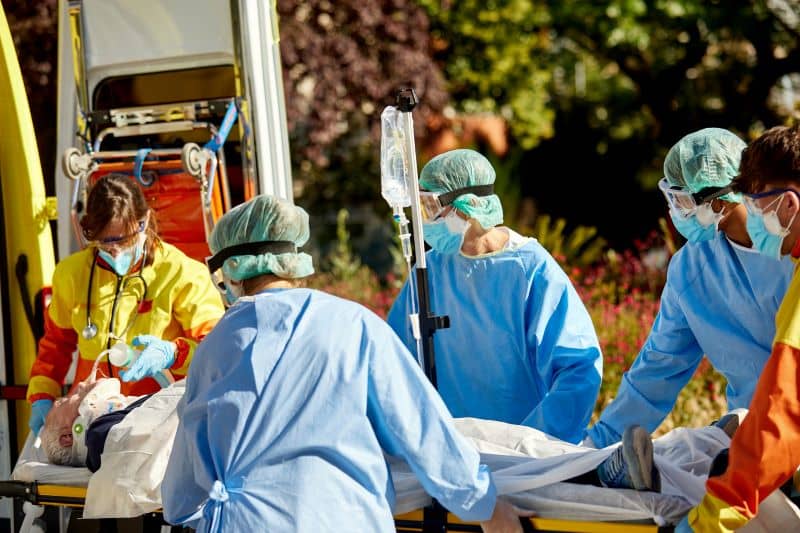 As wildfires decimated California in recent weeks, healthcare professionals continued to do what they do best – care for others, even when their own homes were in danger or lost.

“What is amazing is our doctors who have gone above and beyond to take care of their patients,” said Jill Kinney, Adventist Health's administrative director of marketing and communications for the Northern California region. “The doctors remained committed and loyal to help their patients through us.”

On November 8, 2018, three wildfires started in California, leaving thousands homeless and dozens dead, including the deadliest wildfire in the state’s history: the Camp Fire in Northern California. Eighty-eight people died in the Camp Fire, and several are still missing. The other wildfires are the Woolsey and Hill fires, closer to Los Angeles.

The wildfires did not spare hospitals and medical practices. Adventist Health Feather River in Paradise was seriously damaged by the Camp Fire and is not operational. Sixty-seven patients were evacuated within 45 minutes to Enloe Medical Center in Chico and Oroville Hospital in Oroville. Patients were transported by ambulance, police car, and physicians’ and staff members’ cars. In most cases, a staff member accompanied the patient.

Some physicians obtained credentials for Enloe, so they could continue caring for their patients. Others arranged for chemotherapy and radiation treatments to continue at other Adventist Health facilities.

“They were evacuated successfully,” Kinney said. “Adventist Health is mission-minded, and on this day and time and journey we are on, the physicians are mission-minded themselves.”

Critical care nurse Allyn Pierce, RN, at Feather River, drove his truck into the flames to help evacuate patients and staff. He went back to the hospital and helped injured residents from the area seeking help, according to The New York Times reporter Jack Nicas. A few hospital staff members triaged patients in the parking lot, while the fire burned around them. Once the hospital caught fire, they had to leave. Authorities cleared a path, and the medical team took the patients with them. Fire destroyed Pierce’s home and seriously damaged his vehicle. Toyota has since given him a new truck.

The Feather River website states that Adventist Health will keep paying staff and providing benefits until February 5, 2019. It has committed more than $30 million. The health system also is helping staff transition to other temporary or permanent assignments at facilities within the company. Healthcare providers from Feather River are seeing patients at Adventist Health medical offices and clinics in other locations, particularly Chico where many people evacuated.

“We're doing everything we can to restore needed services,” Kinney said. “We remain committed to providing healthcare services for Butte County.”

In Southern California, Los Robles Hospital and Medical Center, East Campus, a rehab facility in Westlake Village, evacuated patients. It is now operational, and patients have returned. Los Robles Regional Medical Center transferred a couple of critically ill patients but remained operational. The fires roared through hours after that hospital cared for victims of a mass shooting in Thousand Oaks.

“It was a tough week, but we survived,” said Aimee Bennett, spokesperson for HCA in West Hills. “Everybody is working to bring things back to normal.”

West Hills Hospital and Medical Center in West Hills transferred critically ill patients, as a precaution. It remained and continues to be operational.

“The corporate office was able to help us with staffing needs,” Bennett said. Hospitals in Riverside and in Las Vegas sent nurses to help.

The following skilled nursing facilities were evacuated and are not operational: Cypress Meadows Post-Acute, Paradise Post-Acute and Pine View Center, all in Paradise, California. Also evacuated in the Camp Fire were four intermediate care facilities, and one ambulatory surgical center. Three congregate living health facilities were evacuated during the Woolsey and Hill fires, according to the California Department of Public Health, which recommends anyone, including health professionals, follow its wildfire health and safety tips.

The deadliest fire in California history also brought out the best in healthcare providers.

Eleven nurses and one nurse practitioner traveled to the Camp Fire area with National Nurses United’s disaster relief program, Registered Nurse Response Network. They provided care at three shelters. Some people stayed in tents outside, and those more medically fragile received a cot inside.

“It was quite an emotional experience. We all teared up more than once,” said Rebecca Blecker, a registered nurse at Kaiser in South Sacramento, in a statement. “We see what these people are going through, losing family members, homes, everything. We saw a lot of mental health issues.”

Healthcare volunteers from the surrounding areas also stepped up to help, including physicians, nurses and students from UC Davis Health, who offered general medical care at the shelters serving Camp Fire evacuees.

The California Medical Association and Physicians for a Healthy California are collecting funds for the physician community.

KEEP UP with the latest healthcare news and career tips with Staff Care’s Locum Links blog.

Locums work is becoming the career of choice for travel-minded doctors, dentists, NPs, PAs, and other clinicians.